How Long Is Required To Place A Business On “Constructive Notice” Of A Dangerous Condition? 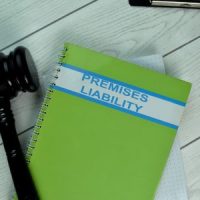 A federal judge in Miami recently stated the issue this way in an ongoing premises liability case against Wal-Mart:

Suppose, for instance, that Wal-Mart had decided never to check for transient liquids on its floors. Suppose, too, that a man visiting a Wal-Mart store slipped on a puddle that had been left there, in the aisle, for 24 hours. Would Wal-Mart have acted reasonably? Most of us would say probably not. Suppose, though, that Wal-Mart’s policy was to check the aisles every hour and that a man slipped on a puddle that had been left unattended for 59 minutes: would that be reasonable? What if Wal-Mart had checked every 30 minutes? Every 15? Every 5? At what point does a single grain of sand become a mound?

Wal-Mart insisted the water could not have been there more than 15 minutes, based largely on the fact the plaintiff had been in the same aisle a few minutes earlier without incident. The plaintiff argued the water was there for several hours, owing to the fact it had been raining earlier in the day and water had been seen dripping from the ceiling.

Nevertheless, Wal-Mart moved for summary judgment–in effect, a judicial declaration that the plaintiff had no reasonable case to present to a jury. The judge declined to do so. “Drawing all reasonable inferences in [the plaintiff’s] favor, we think a jury could find that Wal-Mart should have known about the puddle [the plaintiff] slipped on.” At the very least, there was a genuine factual dispute for a jury to resolve on this point.

Indeed, even if the puddle had only been on the ground for a few minutes, Wal-Mart may still have had constructive notice. The judge pointed out that in prior cases, federal courts have said “a period as short as ten minutes may be sufficient to put a defendant on constructive notice of a dangerous condition.” And in any event, the court said that a “life-tenured judge no one elected” should not usurp the role of jurors in making the call.

If you have been injured in any sort of accident, it is crucial to seek out timely legal advice. The experienced Boca Raton premises liability attorneys at Leifer & Ramirez are here to help. Contact us today to schedule a free consultation.

By Leifer & Ramirez | Posted on September 24, 2021
« Understanding The Florida Crash Report “Privilege”
How A “Forum Selection Clause” Can Affect Your Personal Injury Lawsuit »