Does The Defendant Have To Pay My Legal Fees If I Win My Personal Injury Case? 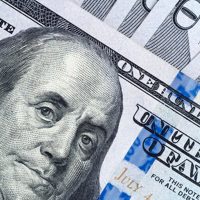 The general rule in Florida civil litigation is that both sides are expected to pay their own attorney fees regardless of the outcome of the case. In other words there is no automatic “loser pays” rule. But there is a notable exception, Florida law does make it possible for a plaintiff or defendant to recover their legal fees if, prior to trial, they made a settlement offer that was rejected and the jury ultimately returns a more favorable verdict for the party that made the offer.

Basically it works like this. Let’s say you are the plaintiff in a personal injury case. You tell the defense you are willing to settle for $100,000. The defendant decides to take their chances at trial and declines to settle. If the jury comes back with a verdict that is at least 25 percent greater than your offer–i.e., $125,000 or more–then you are entitled to “reasonable costs and attorney’s fees.” Conversely, if the defense offered to settle and you said no, you could be responsible for paying their legal fees if the jury awards you at least 25 percent less than their offer, i.e., $75,000 or less.

That said, judges are not supposed to nitpick or go looking for possible ambiguity merely to justify a valid request for legal fees. The Florida Fourth District Court of Appeals recently addressed just such a case. In Ehlert v. Castro, the plaintiff sued her landlord for injuries she sustained while on their property. Prior to trial, the plaintiff offered to settle for $100,000. The defendant refused the offer. A jury ultimately awarded the plaintiff over $300,000 in damages.

Naturally, the plaintiff then moved for an award of fees and costs, citing the 25-percent rule. The defendant argued the terms of the original settlement offer were “vague, ambiguous, and contradictory.” The trial court agreed and denied the plaintiff’s motion.

On appeal, the Fourth District reversed and held the plaintiff was entitled to her fees and costs. The appellate court said “there was no ambiguity” in the plaintiff’s pre-trial settlement offer. The trial court thought there was ambiguity “because it believed that future landlord/tenant claims between the parties could be included in the scope” of the settlement offer. But the Fourth District said the offer only referred to those claims made in the plaintiff’s personal injury lawsuit–not any future claims.

Most personal injury lawsuits are, in fact, settled out of court. But when a defendant refuses a reasonable settlement offer and you win a substantially larger award at trial, you have the right to demand the other side pay your legal costs. An experienced Fort Lauderdale premises liability attorney can provide you with skilled advice and representation in these matters. Contact Leifer & Ramirez today to schedule a free consultation.

By Leifer & Ramirez | Posted on December 21, 2021
« Who Is A “Necessary Party” To A Florida Wrongful Death Claim?
Does An Arbitration Agreement In A Home Purchase Contract Protect A Developer From A Personal Injury Lawsuit? »