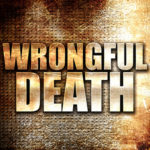 An aspiring Florida rapper was died outside of a Jacksonville restaurant after being shot in a drive-by shooting stemming from a street fight. The rapper collapsed in the arms of his girlfriend after being gunned down outside the restaurant. He died in her arms before emergency personnel could arrive. Most people are familiar with… Read More » 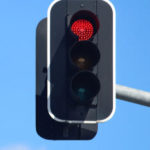 Earlier this month, the Florida Supreme Court ruled against an argument saying that officials in Aventura, Florida, gave an outside entity too much leeway in determining if camera photos located at red lights showed traffic violations. The Supreme Court ruling maintains Florida’s laws surrounding camera usage at red lights, which lawmakers have attempted to… Read More » 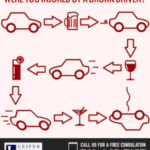 Were You Injured by a Drunk Driver?

According to MADD, someone in America is killed by a drunk driver every 53 minutes. Every two minutes, someone is injured. In Florida, drunk driving currently causes 28 percent of all traffic fatalities. These figures are a stark reminder of how a negligent person can hurt innocent people and cause devastation on the roads…. Read More » 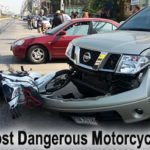 Boca Raton Attorneys for Dangerous Motorcycle Injuries Claim Did you know that more than 80 percent of all reported motorcycle accidents end in either injury or death? This percentage is huge compared to cars and trucks. The major difference is obviously that motorcycles offer very little protection between the driver or passenger and the… Read More »

What to Do If You’ve Been Arrested for DUI 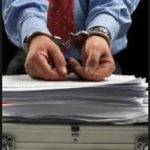 Do I Need a Lawyer after I’ve Been Arrested?

It doesn’t matter what crime you have committed, hiring a lawyer can be a smart decision that will result in the best possible outcome for you and your future. If you have committed a crime, a lawyer on your side can only benefit you. Criminal Offenses If you have been arrested for a criminal… Read More »