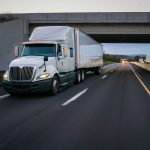 Semi trucks are a common sight on Florida’s interstates and highways. These trucks have an important job as they haul consumer goods from one place to another. However, these trucks are very large and heavy. They can weigh as much as 80,000 pounds. Compared to a standard passenger vehicle of roughly 3,000 to 4,000… Read More » 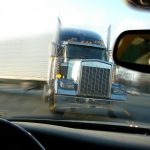 How Much Is My Truck Accident Claim Worth?

For most people, being involved in an accident with a semi-truck is the stuff of nightmares. For those unfortunate enough to have that nightmare be their reality, a personal injury lawsuit may be the only way to recover financially from such a catastrophic event. A semi-truck can weigh up to 35,000 pounds, which can… Read More » 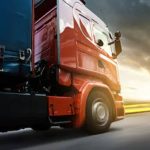 Who Can Be Sued For A Truck Accident?

Trucks provide a vital function for our country by transporting goods, however, they also pose a very real risk to all other drivers on the road. Last year, over 5,000 vehicles were involved in accidents with commercial trucks. Semi-trucks can weigh up to 80,000 pounds, dozens more than a standard passenger vehicle. For this… Read More » 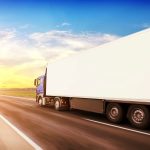 How Does Occupation Accident Insurance Work?

You probably know that just about every Florida employer needs to carry some form of workers’ compensation insurance to cover employees in the event of a work-related accident. Some employers also take out what is known as occupational accident insurance (OAI). OAI is often used to cover workers who are not protected by traditional… Read More »

Motor vehicle accidents are not always the fault of a negligent driver. Many times, the problem is with the car or truck itself. And if a defective part was to blame for an accident, the manufacturer can be held liable under Florida law for any damages. Of course, before you can hold the manufacturer… Read More » 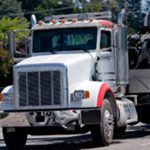 Sorting Out Legal Responsibility For A “Jackknife” Accident

Truck accidents often involve multiple vehicles and a complex chain of causation. For example, in a so-called jackknife accident, a tractor trailer may be forced to suddenly brake when responding to actions taken by other drivers on the road. This sudden braking then causes the truck to skid and its trailer to swing around…. Read More » 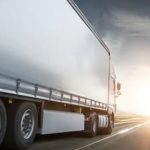 The Dangers of Drowsy Truck Drivers

This time of year, the holiday package rush has started and this is one of many reasons why there are so many commercial truck drivers on the road. This is the beginning of the season during which trucker drivers will be expected to work even longer hours than usual while trekking on long journeys… Read More » 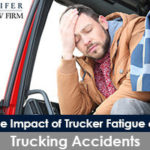 The Impact of Trucker Fatigue on Trucking Accidents

There are constant examples of the struggle between safety and economics all the time. In some cases, the expense of this struggle is human lives. Vehicles that should have been recalled and then fixed for a pretty affordable price can remain on the road until a person dies because of the defect. Unfortunately, the… Read More » 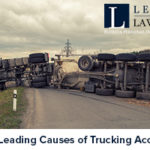 The 3 Leading Causes of Trucking Accidents

If you are in a passenger vehicle and you get in an accident with a large commercial truck, it can be much more dangerous and devastating than if you had just gotten into an accident with a vehicle the same size as your own. In 2015, over 4,300 large trucks and buses were involved… Read More »

What Are Wide Turn Truck Accidents?

Commercial trucks and other long vehicles need a lot of room to execute a turn safely. And, this is why they pose a danger on highways and interstates when they are traveling at high speeds, and why they are far more likely to cause a wide turn truck accident. Contrary to common belief, these… Read More »