What Happens When A Defendant Never Responds To A Personal Injury Lawsuit? 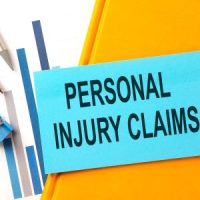 When you file any type of lawsuit the defendant–the person you are suing–is given a deadline to file a formal reply or “answer” to your complaint. This is just one of many deadlines that both sides need to comply with as part of the litigation process. A party that fails to act before such a deadline can be held in default by the court.

Indeed, if you file a personal injury lawsuit against a person or business, and they never respond at all, you can ask the judge to enter a “default judgment.” Basically, this means you win your case automatically. The defendant cannot then show up late and an excuse like “I forgot to respond.” That said, the defense may be able to undo a default judgment if they can show “excusable neglect,” i.e., they actually had a good reason for not responding to your lawsuit on time.

Simply claiming excusable neglect is not the same thing as proving it. A recent decision from the Florida Third District Court of Appeal, Berggren v. North Miami Bagels, Inc., provides a helpful illustration of this point. In this case a trial judge granted–then reversed–default judgment to a plaintiff. The appellate court then found the trial court acted too hastily in its reversal.

Here is what happened. The plaintiff was injured while patronizing the defendant’s business. Specifically, she was “struck by a tabletop” and sustained a leg injury. She subsequently filed a personal injury lawsuit against the defendant.

After the lawsuit was served on the defendant’s registered agent, it was then referred to its commercial liability insurer, which told the defendant it “would handle it.” In other words, the defendant believed its insurance company would hire an attorney and defend against the plaintiff’s lawsuit. This apparently never happened.

When the defense never filed an answer to the defendant’s complaint, the court clerk entered a default judgment. The court then scheduled a jury trial solely on the issue of damages. Again, these documents were sent to the defendant and its insurance company, but there was no reply. The trial was later rescheduled. Yet again, the plaintiff’s personal injury lawyer sent copies of the new scheduling order to the defendant. But when the new trial date arrived, the defendant never appeared.

Not surprisingly, the jury ruled for the plaintiff. Only after the trial ended did the defendant bother to hire its own attorney and contest the default judgment. The defense argued it never received proper notice of the new trial date and there was “excusable neglect” based on its reliance on its insurance company’s promise to mount a defense. The trial court actually agreed to vacate the jury’s verdict and the default judgment.

On appeal, the Third District said that was improper. In particular, the appellate court took issue with the fact that there was “uncontroverted evidence” that the plaintiff’s lawyer mailed the defendant the order scheduling the trial. That alone created a “rebuttable presumption” that the defendant had notice of the trial. At the very least, then, the trial court needed to conduct an evidentiary hearing on this issue.

Pursuing a personal injury case means complying with many strict deadlines. An experienced Boca Raton premises liability attorney can help ensure your case is not derailed on a technicality. Contact the Leifer Law Firm today to schedule a free consultation with a member of our team.

By Leifer Law Firm | Posted on January 14, 2022
« Can A Personal Injury Defendant Waive Its Contractual Right To Arbitration?