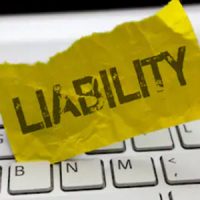 If you are injured while legally on private property, you can sue the owner if they created or allowed a dangerous condition to cause your accident. If you are injured on government property, however, things get a bit trickier. In many cases, you can pursue a premises liability claim against the government just as you would any other property owner. But that right is restricted by the American legal rule of “sovereign immunity,” which grants the state wide latitude to exempt itself from its own laws.

Is Security at a School Sporting Event a “Planning” or “Operational” Function?

A recent decision from the Florida Fourth District Court of Appeal, School Board of Broward County v. McCall, illustrates how this can put accident victims in a tough position. The plaintiff in this case was injured while attending a high school basketball game. Specifically, once the game ended, a large crowd that had started to leave school property suddenly turned around and proceeded to run back towards the campus. The plaintiff got caught up in the crowd and fell. He sustained injuries to his hip and shoulder.

The plaintiff subsequently sued the School Board, alleging its failure to provide adequate security at the game led to his accident. The School Board moved to dismiss on sovereign immunity grounds. A judge denied the motion, holding it was up to a jury to decide if the School Board’s security measures were sufficient to protect invited guests such as the plaintiff.

On appeal, a divided three-judge panel of the Fourth District reversed and ordered the case dismissed. The majority held the School Board’s decisions regarding security at the basketball games were “planning level functions” protected under sovereign immunity. The majority explained that the courts could not second-guess such planning decisions, only “operational level functions” that involved the implementation of policy. Here, the School Board is charged with providing an education to students. As part of that goal, the School Board “deemed it important to teach students the importance of sports, particularly in the context of a public event.” As such, the School Board’s planning regarding the security of the basketball game required high-level planning and was not simply an “operational level function.”

The dissenting judge disagreed. The dissent argued the “planning level function” was the decision to have a program of interscholastic sports in the first place. The details, including providing adequate security for people attending the game, was an “operational level function.” Indeed, the dissent pointed out that what constitutes adequate security would necessarily vary based on sport and event–that is, “A badminton contest would require a different level of security than tackle football.” As such, the dissent would have allowed the plaintiff’s lawsuit to proceed.

Slip and fall cases always involve complex factual and legal issues, even when the government is not a defendant. So if you have been injured on someone else’s property and need representation from a qualified Boca Raton premises liability attorney, contact the Leifer Law Firm today to schedule a free consultation.

By Leifer Law Firm | Posted on June 21, 2021
« How Can Medical Insurance Benefits Affect My Personal Injury Award?
What Is The Difference Between Stacked And Non-Stacked Uninsured Motorist Coverage In Florida »