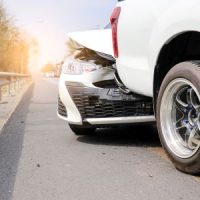 If you opt for the less expensive non-stacked UM coverage, do not be surprised when the insurance company refuses to pay benefits if you are injured in a non-insured vehicle. A recent decision from the Florida Second District Court of Appeal, State Farm Fire and Casualty Insurance Company v. Wilson, provides a case in point. Here, a boyfriend and girlfriend purchased an auto insurance policy from State Farm. As relevant here, the boyfriend elected not to purchase stacked UM coverage and instead opted for non-stacked coverage, which applied only to his Ford F-350 truck. In rejecting stacked coverage, State Farm provided a form approved by the Florida Office of Insurance Regulation, which the boyfriend signed.

The couple were subsequently involved in an accident with an insured motorist while riding on a motorcycle. Since the motorcycle was not covered by the non-stacked UM coverage, State Farm denied coverage. The girlfriend, who sustained serious injuries in the accident, subsequently sued the insurer, seeking a declaration that the policy covered her damages. State Farm moved to dismiss the case, citing the boyfriend’s clear, unequivocal decision to reject stacked UM coverage in favor of a cheaper policy that only applied to the truck, not the motorcycle.

The trial court actually denied State Farm’s motion, holding that the state-approved form “did not adequately put [the boyfriend] on notice of the limitation of coverage.” State Farm appealed, and the Second District reversed the trial judge, holding that the case must be dismissed.

The appellate court explained that this was black-letter law in Florida: When the boyfriend signed the OIR-approved form, he had rejected stacked coverage as a matter of law. Neither he nor his girlfriend could not claim they did not understand what they were rejecting. It was not the place of the courts to override the OIR’s judgment, the Second District said.

When you purchase or renew an auto insurance policy, it is critical that you take the time to review all of the key provisions before signing on the dotted line. And if you are looking to save money, make sure it does not come at the expense of losing potentially valuable coverage. And if you still believe the insurance company is treating you unfairly and need to speak with a qualified Boynton Beach car accident attorney, Contact Leifer & Ramirez today to schedule a consultation.