Does Insurance Cover Damages Arising From “Assault And Battery”? 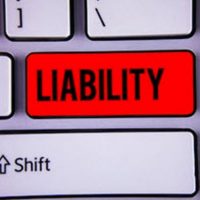 Not all personal injury claims arise from accidents. If someone intentionally assaults you, for example, you can file a personal injury claim for any damages arising from that attack. And to take it a step further, if that assault occurred on someone else’s property, the premises owner may be liable for failing to provide adequate security.

Florida Court: Commercial Insurer Does Not Have to Defend Business Owner Against Battery Claim

One thing to keep in mind, however, is that even when a property owner is held legally responsible for a violent or criminal act, that does not mean their insurance will cover any judgment that you obtain. To the contrary, many commercial general liability policies contain language expressly disclaiming such coverage. And when such a clause is in effect, there is not much that either you or the property owner can do about it.

A recent decision from the Florida Third District Court of Appeals, Sierra Auto Center, Inc. v. Granda Insurance Company, provides a useful illustration. In this case, a man sued a business owner (the defendant) for negligence after he was “battered” on the company’s property. The lawsuit specifically alleged failure to provide adequate security and failure to “foresee and warn of the risk of assault created by the conditions of the premises and failed to improve existing security measures.”

The defendant’s commercial liability insurer then filed a separate lawsuit in Miami-Dade Circuit court, seeking a judicial order that it had no duty to defend the business from the battery lawsuit. Insurance companies commonly file such lawsuits to clarify their own legal obligations. Here, the insurer pointed to the language of its policy with the business, which contained an “exclusion” for any bodily injury or personal injury arising from “foresee and warn of the risk of assault created by the conditions of the premises and failed to improve existing security measures” or any failure to “ prevent or suppress any assault or battery.”

The Miami-Dade judge agreed the plain language of the policy absolved the insurer of any responsibility in this case and granted its motion for summary judgment. On appeal, the Third District agreed. The Court noted that it was “well-established precedent that where the claimant’s injuries arise out of or result from a physical altercation, an assault and battery exclusion— such as the exclusion in the Granada policy—bars coverage for the claim against the insured.”

Many personal injury victims blindly assume that the defendant’s insurance company will cover their damages. This assumption is often incorrect. Insurance companies are quite clever when it comes to crafting exclusions and exceptions–and they will not hesitate to use the judicial process to enforce them. That is why if you are the victim, you need to work with an experienced  premises liability attorney who can help you investigate and identify a lawsuit before it is filed. Contact the Leifer Law Firm today to schedule a free consultation.

By Leifer Law Firm | Posted on May 10, 2021
« How Can Hearsay Be Used In A Florida Wrongful Death Lawsuit?
Sorting Out Legal Responsibility For A “Jackknife” Accident »