How Can Hearsay Be Used In A Florida Wrongful Death Lawsuit? 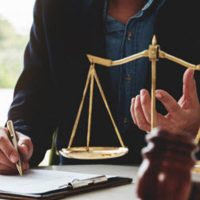 In wrongful death lawsuits, it is not uncommon for either side to rely upon expert testimony in support of their case. Expert testimony can help a jury understand complex technical issues. Such opinions must, of course, be grounded in facts or data relevant to the case.

At the same time, a jury may not necessarily be told about the exact source of such facts or data. One reason for this is that the data may itself be inadmissible as evidence. For example, the expert may render an opinion that is partly based on hearsay, which is typically not admissible in court.

But as the Florida Third District Court of Appeals recently explained, expert testimony cannot be used as a mere “conduit for inadmissible hearsay.” Put another way, a party to a wrongful death lawsuit may not use an expert witness’ testimony to “sneak in” facts or information that the jury should now otherwise know about.

The case before the Third District, Dayes v. Werner Enterprises, Inc., involved a wrongful death lawsuit brought by the widow of a man killed when a tractor-trailer backed over him. The victim was working as a contract security guard at a Coca-Cola distribution center in Broward County. The victim’s job duties included checking and sealing trailers before they left the center.

According to the widow’s lawsuit, a tractor-trailer owned by the defendant ran over her husband. Moments earlier, the truck driver had left the warehouse and quickly realized his trailer was empty. The driver got out of his truck and spoke to the victim. Both men agreed that the trailer needed to return to the warehouse. As the driver backed his truck up into the warehouse, however, he ran over and killed the victim.

At trial, both sides presented different versions of the victim’s final moments. The widow argued the driver failed to take basic safety precautions before backing up. The defense maintained the victim was not paying attention and had inadvertently moved into the trailer’s blind spot. The jury ultimately believed the defense’s account and returned a judgment in its favor.

The Third District ordered a new trial, however, based on the improper use of hearsay. During the trial, the defense presented the jury with the transcript of a deposition given by a police detective who was assigned to investigate the fatal accident. In that deposition, the detective said that another officer “told him that [the victim] had been wearing at least one earbud as he lay dying on the ground after the accident.”

This was clearly inadmissible hearsay. And even assuming the detective was testifying as an expert witness, the Third District said it was error to allow the detective to rely upon another officer’s unsubstantiated observation as the basis for his own testimony. Indeed, the appellate court noted that no other witnesses could recall if the victim was wearing an earbud. Given this, and given that it was unclear how much the detective’s improper testimony may have influenced the jury’s verdict, a new trial was justified.

In a wrongful death lawsuit there are often many small legal issues that can help decide the final outcome. An experienced  wrongful death attorney can help make sure that all appropriate legal procedures are followed. Contact Leifer & Ramirez today if you have lost a loved one due to someone else’s negligence and you need legal representation.

By Leifer & Ramirez | Posted on April 23, 2021
« Is A Franchisor Responsible For Personal Injury Lawsuits Filed Against An Individual Franchisee?
Does Insurance Cover Damages Arising From “Assault And Battery”? »