Sorting Out Legal Responsibility For A “Jackknife” Accident 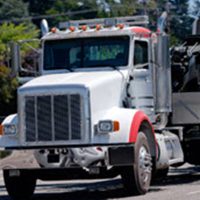 Truck accidents often involve multiple vehicles and a complex chain of causation. For example, in a so-called jackknife accident, a tractor trailer may be forced to suddenly brake when responding to actions taken by other drivers on the road. This sudden braking then causes the truck to skid and its trailer to swing around. Another vehicle may then strike the “jackknifed” trailer.

As with any personal injury claim, when a truck accident lawsuit does go to trial, the victims have the right to have their case heard and decided by an impartial jury. Before a jury is seated, both sides have the right to question potential jurors for any potential biases. A party can either challenge a juror “for cause” or exercise a limited number of “peremptory” challenges to help ensure the final jury is impartial.

There are, however, some limits on a party’s right to challenge jurors. For instance, you cannot use a peremptory challenge to prevent a juror from serving due to their race. In other words, you cannot simply challenge African-American jurors so you end up with an all-white panel. At the same time, you can still challenge a juror if you have a credible “race-neutral” explanation.

A recent decision from the Florida Fourth District Court of Appeal, Lafayette v. Moody, demonstrates the fine-line between a race-neutral and legitimate peremptory challenge. This case involves a truck accident lawsuit against multiple defendants. The victim, a man named Genovese, was driving along a highway behind one of the defendants, a man named Moody. As both vehicles approached an S-shaped curve, Moody crossed over the center-line and into the path of a tractor trailer, which was driven by another defendant named Lafayette.

To make a long story short, Moody side-swiped Lafayette, causing his tractor trailer to jackknife. Genovese then crashed into the trailer. He died as a result of his injuries. Genovese’s wife then filed a wrongful death lawsuit against Moody, Lafayette, and the owner of the tractor trailer.

During the jury selection process, the widow’s lawyer attempted to exercise a peremptory challenge against one potential juror on the grounds that she was married to a truck driver. The truck defendants objected, alleging the plaintiff improperly challenged the juror because she was an African American. The judge sided with the defense, noting that if this particular juror was excluded, there would be no African Americans on the final jury.

The jury ultimately decided that Moody was 100 percent responsible for the accident and absolved the trucking defendants of any responsibility. After the trial ended, the judge had an about-face and decided he was wrong to have denied the plaintiff’s peremptory challenge. He further agreed with Moody that the jury’s verdict “was against the manifest weight of the evidence.” The judge therefore ordered a new trial.

Everyone appealed to the Fourth District. In sorting things out, the appellate court held that a new trial was necessary given the multiple errors committed by the trial judge the first time around. Specifically, the Fourth District said the plaintiff offered a valid, race-neutral explanation for challenging the African American juror. This alone justified a new trial. But the Court also agreed that the original verdict was against the manifest weight of the evidence.

Judges are humans like the rest of us. They make mistakes. But when those mistakes impact your ability to hold a negligent party responsible for causing a serious–even fatal–truck accident, you have a right to appeal. A qualified  truck accident lawyer can provide you with valuable guidance and representation. Contact Leifer & Ramirez today to schedule a free consultation with a member of our personal injury team.

By Leifer & Ramirez | Posted on May 12, 2021
« Does Insurance Cover Damages Arising From “Assault And Battery”?
Can My Auto Insurance Company Require An “Independent” Medical Exam Before Paying Out PIP Benefits? »