How Does Occupation Accident Insurance Work? 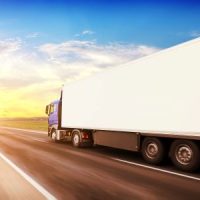 You probably know that just about every Florida employer needs to carry some form of workers’ compensation insurance to cover employees in the event of a work-related accident. Some employers also take out what is known as occupational accident insurance (OAI). OAI is often used to cover workers who are not protected by traditional workers’ compensation, such as independent contractors. OAI policies are especially popular in the trucking industry.

OAI policies are not part of the workers’ compensation system. This can actually be good news for injured workers covered by OAI, as they may be entitled to a wider range of compensation and damages than they would be under workers’ compensation. At the same time, we are still talking about an insurance policy, which means the insurance company may do everything in its power to avoid coverage.

Trucker Sues Insurer Over Failure to Add Him to Policy

A recent decision from a federal judge in Tampa, Whennen v. Insuremart, Inc., provides a cautionary example. This is an ongoing coverage dispute over an OAI policy issued to a trucking company. The company employed the plaintiff in this case as a truck driver. The $1 million policy was initially issued by the defendant to another named truck driver.

The defense moved to dismiss the case, arguing the lone email from the trucking company “was not specific enough to trigger [its] agent’s duty to obtain insurance coverage.” The judge declined to dismiss the lawsuit at this early stage, however, finding the plaintiff had alleged a plausible case for negligence. There were factual disputes that needed to be resolved, and some of the defendant’s legal arguments were better addressed in a motion for summary judgment after both parties had an opportunity to conduct discovery.

People often make the serious mistake of assuming an insurance policy will automatically cover their accident-related injuries, no questions asked. But coverage disputes are more common than you might think. That is why you should always consult with an experienced Boca Raton truck accident lawyer who can advise you of your rights. Contact Leifer & Ramirez today to schedule a consultation with a member of our team.