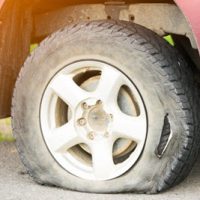 Motor vehicle accidents are not always the fault of a negligent driver. Many times, the problem is with the car or truck itself. And if a defective part was to blame for an accident, the manufacturer can be held liable under Florida law for any damages.

Of course, before you can hold the manufacturer responsible, you need to prove they actually produced the defective part in question. That can be made difficult if key evidence is lost or misplaced following an accident. After all, the judge is not going to simply take your word for it that the manufacturer did something wrong.

A recent decision from a federal judge in Orlando, Seneca Insurance Company, Inc. v. Kumho Tire USA, Inc., helps to demonstrate this point. This case arose from a single-vehicle accident. A truck owned by a pavement company crashed after its right tire failed. Nobody was injured in the accident but the truck itself sustained serious damage.

The pavement company’s insurer paid for the damage. The insurance company then turned around and sued a third company, Kumho Tire U.S.A. The insurer alleged that Kumho produced the defective right that was the “proximate cause” of the accident.

The judge dismissed the lawsuit, however, citing insufficient evidence linking Kumho to the defective tire. The judge explained that following the accident, the tire tread was not recovered, only “remnants” of the “tire carcass.” And when the truck was later moved to a storage facility, the carcass had itself been removed and replaced with a new tire. Ultimately, the only surviving evidence of the defective tire was “three pieces of tire tread.”

The insurance company’s inspectors believe the tread pieces came from a tire manufactured by Kumho. Yet the judge noted that the pavement company had previously told its insurer that the tires were Goodyear. Nevertheless, the insurer maintained it was a Kumho tire based on its inspector’s expert report. For its part, Kumho denied the remaining tread pieces came from any of its tires.

Preserving evidence is always a crucial step in any personal injury case, yet it is one that is often overlooked even by insurance companies that should know better. This is why you need to have your own qualified Delray Beach truck accident attorney who can help you stay on top of things following a collision. Contact Leifer & Ramirez today to schedule a consultation with a member of our personal injury team.

By Leifer & Ramirez | Posted on August 9, 2021
« Florida Judge Continues To Sort Out Zantac Litigation
How The Language Of A Defendant’s Insurance Policy Can Affect Your Personal Injury Claim »