When Is The Government Liable For An Auto Accident? 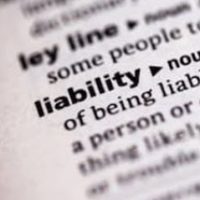 A key element of any successful personal injury case is establishing the defendant’s “duty of care” towards the plaintiff. A duty of care is some legal obligation imposed on the individual. In the context of an auto accident, for example, every driver on the road has a duty of care to follow the traffic laws and operate their vehicle in a reasonably safe manner. So if a driver acts recklessly and causes an accident, they are said to violate their duty of care towards their victims.

The concept of duty of care gets more complicated when you are dealing with a government defendant as opposed to an individual or privately owned corporation. For instance, we expect the police to keep us safe from criminal activity. Does this mean you can sue the police if you are the victim of a robbery?

In general, no. When it comes to personal injury claims against the government, you need to show that the defendant violated a common-law or statutory duty owed to you personally as opposed to the general public. Put another way, there needs to be a “special duty” the government owed to you under the particular facts and circumstances of a case.

A recent decision from the Florida First District Court of Appeal, Jackson v. Florida Highway Patrol, provides an illustration of what this means in practice. This case arose from a deadly 2012 auto accident on I-75. The Florida Highway Patrol (FHP) received reports of reduced visibility on the highway due to smoke from a nearby fire. Troopers responded by placing “Fog/Smoke” signs along I-75 and closing a portion of the highway for about three-and-a-half hours.

The troopers decided to reopen the highway in the early morning hours. This proved to be a mistake. Within 30 minutes, there were a number of accidents along I-75, including one that caused the death of a woman. The woman’s estate later sued the FHP for damages, alleging its negligence in reopening the road caused the accident.

Both the trial court and the First District agreed the FHP could not be held legally responsible for the victim’s death. The appellate court explained why. Although the FHP was generally responsible for patrolling highways and enforcing traffic laws, these were duties owed to the general public, not to the victim specifically. More to the point, there was no “special duty” created in this situation. Indeed, no trooper ever made personal contact with the victim. And the mere fact that highway visibility was poor was not the fault of the FHP, as it did not cause the fire. As such, the estate had no legal grounds to maintain a personal injury claim against the FHP.

Sorting out legal liability following a fatal auto accident is often difficult. An experienced Boca Raton wrongful death attorney can review your family’s case and provide you with appropriate guidance for moving forward. Contact Leifer & Ramirez today to schedule a free consultation with a member of our team.

By Leifer & Ramirez | Posted on February 17, 2022
« Understanding Florida’s Presumption Of Fault In Rear-End Accident Lawsuits
Is An Ice Rink Operator Responsible For A Collision Between Patrons? »