Is An Ice Rink Operator Responsible For A Collision Between Patrons? 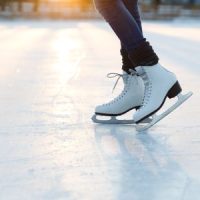 People are often asked to sign “waivers” or “releases” before engaging in certain recreational activities. Obviously, such documents are meant to try and insulate the owner of a facility from personal injury lawsuits in the event of an accident. Such waivers are not absolute, however, and do not always foreclose an injured party’s right to seek compensation, particularly if there were undisclosed or unforeseen risks involved.

Indeed, many personal injury cases of this sort turn on whether the defendant failed to act within some generally accepted standard of safety, regardless of whether or not there was a signed waiver. And even if the injured party believes their injuries were the result of negligence, a judge may not see it that way after taking all of the relevant context into account.

A recent unpublished decision from the U.S. 11th Circuit Court of Appeals, Lucas v. Royal Caribbean Cruises, Ltd., provides a case in point. The plaintiff here was injured while ice skating on a cruise ship. At the start of the cruise, the plaintiff signed a waiver stating she had “elected to voluntarily participate” in ice skating activities “with full knowledge, acceptance and assumption of any and all risks of serious personal injury.” Notably, the waiver also specified the cruise line’s rules for ice skaters, such as “do not skate against traffic” and “persons ahead of you have the right of way.”

On the day in question, the plaintiff and her family were on the ice rink for about eight minutes when a male skater clipped the plaintiff while skating backwards. The collision knocked the plaintiff to the ground and fractured her left tibia. The backward-skating male continued on his way, unaware of what had just happened.

The plaintiff subsequently required surgery on her leg. She sued the cruise line for negligent supervision of the ice skating rink. The lawsuit also cited the cruise line’s failure to specifically adopt a rule against backward skating in its waiver, as well as its failure to properly train its staff. The case was tried before a judge, sitting without a jury, who ultimately returned a verdict for the defense.

On appeal, the plaintiff focused on one point of the judge’s ruling–that even if the cruise line had adopted a written rule against backward skating, the male skater who caused the accident would have likely ignored the rule and continued skating in an unsafe manner. The judge reasoned that the cruise line’s failure to adopt the rule was therefore not a “proximate cause” of the accident.

The 11th Circuit upheld the judge’s decision. It noted that in the first place, the cruise line had no legal duty “to prohibit or warn about backward skating.” To the contrary, there was no industry standard against such a practice. And no matter how closely the cruise line’s employees were monitoring the rink, they almost certainly could not have prevented the plaintiff’s accident.

Anytime that someone else’s negligence has caused you injury, it is important to act promptly to assert your legal rights. An experienced Boca Raton personal injury attorney can review your case and advise you on the best way to move forward with a potential claim. Contact Leifer & Ramirez today to schedule a free consultation.

By Leifer & Ramirez | Posted on February 22, 2022
« When Is The Government Liable For An Auto Accident?
Why You Need To Establish A “Duty Of Care” In A Florida Personal Injury Lawsuit »