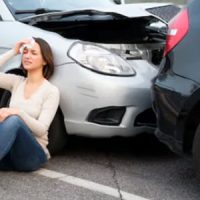 Rear-end collisions are one of the most common types of auto accidents that occur in Florida. While most rear-end (or “tailgating”) accidents are not fatal, they can still cause significant injuries to the driver in the forward vehicle. And more often than not, the rear driver is responsible for causing the accident.

As such, Florida courts have long recognized a “presumption of negligence” in rear-end accident cases. The presumption creates an exception to the normal rule in civil lawsuits that the plaintiff has the burden to prove every element of their case. Under the presumption, the court assumes the rear driver caused the accident. The burden then shifts to the defendant to prove otherwise.

Presumption Does Not Negate Availability of Comparative Negligence Defense

In a recent opinion, Crime v. Looney, the Florida First District Court of Appeal clarified the limits of the rear-end presumption. Specifically, the appellate court explained that the “judicially created” presumption does not override statutory law providing for comparative fault in auto accident cases. Like most states, Florida follows a comparative negligence rule in personal injury cases. This means that the trier of fact–i.e., a judge or jury–must apportion fault for an accident among all responsible parties (including those who may not be a party to the case itself).

The trial court further barred a comparative negligence defense on the grounds that the defendant failed to “specifically identify the nonparty she sought to allocate fault to.” The First District said such specific identification was not required by Florida law. In the case of an unknown third party, the defendant need only “describe the nonparty as specifically as practicable.”

The First District therefore ordered a new trial in this case on both liability and damages. The plaintiff argued that a new trial on liability should not affect the prior award of damages, which is determined independent of comparative negligence. In this case, however, the First District said the questions of liability and damages were “inextricably intertwined.” So a retrial on one necessarily mandated retrial of the other.

Even when you are convinced the other driver was responsible for causing your accident, you still need to prove it to a judge in accordance with Florida law. A qualified West Palm Beach car accident attorney can provide you with invaluable advice and representation in this area. Contact Leifer & Ramirez today to schedule a free consultation with a member of our personal injury team.

By Leifer & Ramirez | Posted on February 16, 2022
« How The Graves Amendment May Affect Your Ability To Recover Damages In An Auto Accident Lawsuit
When Is The Government Liable For An Auto Accident? »