How “Summary Judgment” Can Affect Your Personal Injury Lawsuit 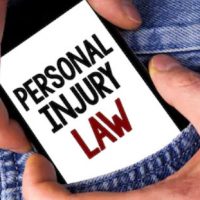 Before a personal injury case gets before a jury, either party can move for what is called “summary judgment.” Basically, summary judgment means that the judge determines whether sufficient evidence exists to even warrant sending a case–or a specific issue within a case–to a jury. Put another way, a summary judgment motion allows a party to test the strength of the other side’s evidence.

Summary judgment is not meant to prevent parties from presenting a complete case. To the contrary, as a Florida appeals court recently observed, summary judgment “can only perform its function … only if the parties are given a full opportunity to obtain the evidence they would present if the matter went to trial.” So trial courts should refrain from ruling on summary judgment while a party has been unable through its own efforts to finish gathering any relevant evidence.

The case before the appeals court, Benavides v. Medina, was actually a wrongful death lawsuit. On New Year’s Day 2016, a Porsche crashed into some trees while traveling at 80 miles per hour. The driver of the Porsche was 17 and did not have a driver’s license. His mother owned the car.

Tragically, one of the passengers died in the wreck. Her parents subsequently sued the driver and the owner. Under Florida law, a vehicle owner can be held “vicariously” liable when they voluntarily allow someone else to use their car and that driver’s negligence subsequently causes an accident. Before the trial court, the mother moved for summary judgment on this issue, claiming she never gave her son permission to drive the Porsche.

In response, the plaintiffs wanted to take the deposition of both the son and another passenger who was in the Porsche that evening. In particular, the plaintiffs believed the passenger would testify that the mother had given her son permission to drive her vehicles in the past. Unfortunately, the passenger was currently living outside of Florida. As for the son, he was not available for a civil deposition due to the fact he was being criminally prosecuted–and is now incarcerated–for vehicular homicide in the death of the plaintiffs’ child.

Under the circumstances, the appellate court said the trial judge should have allowed the parents a continuance to obtain this additional testimony. Instead, the trial court went ahead and granted summary judgment to the mother. The appeals court said this was “premature.” At the very least, the plaintiffs had the right to complete their evidence before the judge acted to dismiss one of the defendants from the case.

Building a wrongful death case is no easy task. It requires many hours of careful investigation, legal research, and other pretrial work. Presenting the case to the jury is just the final step in the process.

If you lost a loved one due to someone else’s negligence, it is imperative you work with an experienced Boca Raton wrongful death attorney who will make every effort to hold the negligent party legally responsible. Contact Leifer & Ramirez today to schedule a consultation with a member of our personal injury team.

By Leifer & Ramirez | Posted on March 3, 2021
« Why Would My Personal Injury Case Be Heard in Federal Court?
Insurance Companies Are Not Always Required to Cover an Auto Accident »