Why Would My Personal Injury Case Be Heard in Federal Court? 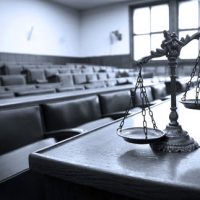 Personal injury generally falls under state law. This means if you need to sue someone for causing a car accident, you will do so in a Florida circuit court. But in some cases, the person you sue has the right to transfer your lawsuit to a federal court. This process is known as removal.

Why does removal occur? Although a federal judge must still apply Florida personal injury law to the case, they do so under federal procedural rules, which defense attorneys often consider more favorable towards their clients. And if the defendant happens to be a large company, defense counsel may simply have more experience handling cases in federal court.

But removal is not permitted in all cases. Typically, there are two conditions that must be met. First, the amount in “controversy” must exceed $75,000. Second, there must be “complete diversity” among the parties. This is a fancy way of saying that both sides of the lawsuit must be residents of different states. So if you live in Florida and the defendant lives in Georgia, there is complete diversity. But if you sue two defendants, and even one of them is also a Florida resident, then diversity is not complete, and your lawsuit must remain in state court.

Two recent federal cases provide helpful examples of how diversity jurisdiction can affect personal injury cases. The first case, Lopez v. SF Markets, LLC, involves a slip-and-fall accident at a store in Tampa. The plaintiff, a Florida resident, sued both the owner of the market (a limited liability company) and an “unknown store manager.”

As a matter of law, an LLC is considered a “resident” of any state where any of its members reside. Here, the LLC only had one member, another LLC based in Delaware. The plaintiff acknowledged this but insisted the “unknown store manager” is likely a Florida resident. The problem, the judge explained, was that federal law does not allow for lawsuits against fictitious “John Doe” parties. And the court could not consider such parties for purposes of determining complete diversity. Consequently, this case would remain in federal court.

The second case, Cati v. Coulson, deals with a car accident. Here, the question was whether or not the defendant could show that the amount in controversy exceeded the $75,000 minimum. The defendant noted that during pre-litigation settlement talks, the plaintiff “demanded $325,000,” which is obviously more than $75,000.

But here, the judge did not agree with the defense. The issue is not how much money the plaintiff demanded, but rather what would be considered an “accurate estimate of the damages at issue in this case.” Based on the available evidence, the judge said the plaintiff’s “concrete damages” appeared to be less than $21,000. As such, the federal court ruled it lacked “subject matter jurisdiction” over the case and returned it to Florida state court.

Where your case is heard can make a huge difference in the final outcome. An experienced Boca Raton personal injury lawyer can guide you through this and many other legal issues. Contact the Leifer Law Firm today to schedule a consultation with a member of our team.

By Leifer Law Firm | Posted on March 1, 2021
« Can I File a Wrongful Death Lawsuit If the Killer Was Already Charged with a Crime?
How “Summary Judgment” Can Affect Your Personal Injury Lawsuit »