Insurance Companies Are Not Always Required to Cover an Auto Accident 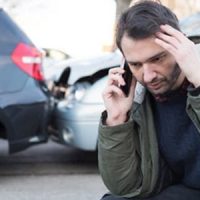 Insurance companies are often responsible for paying out any damages arising from a car accident caused by the policyholder’s negligence. Of course, an insurance policy is itself a contract. And as such, courts will strictly interpret the terms of that contract when deciding if a particular accident is even covered in the first place.

Judge: Insurer Not Required to Make Up for Other Policy’s Lack of Liability Coverage

Indeed, there are many situations where the parties assume that an insurance policy covers an accident–only to later find the insurance company taking a different position in court. As an example, consider this federal lawsuit, Calvert v. Safeco Insurance Co. of Illinois, which was decided by a federal court in Gainesville, Florida, earlier in 2020. This case centered on whether or not a recently purchased truck was a “covered auto” under an insurance policy.

To give some additional background, a woman named Stephens purchased a truck. A few days later, the truck was in a single-vehicle accident. Stephens was not driving the truck at the time, but she gave permission for the driver to use the vehicle. Two passengers in the truck sustained injuries in the accident.

The passengers subsequently filed a personal injury lawsuit against the owner and the driver in Florida state court. The owner then sought coverage from her insurance company. The insurer refused, however, arguing the truck was not covered by the owner’s policy.

This prompted the federal litigation in Gainesville. A federal judge held that the insurance company had interpreted the policy correctly. The judge explained that the policy acquired “newly acquired” vehicles for the first 30 days after purchase, provided there was “no other insurance policy that provides coverage for the additional vehicle.”

In this case, there was another policy that provided coverage for the truck. But that policy only provided personal injury protection and coverage for damages. It did not provide liability protection. In other words, this second policy could not be used to compensate the injured passengers for their damages.

So the owner argued her first policy should provide liability protection, as it was not included in the second policy. The judge said that is not how the first policy worked. The first policy did not require “identical” coverage to trigger the insurer’s obligation. The judge therefore granted the insurance company’s request for a judgment declaring it had no obligation to provide coverage for the accident or the injuries to the two passengers.

Unfortunately, when insurance companies prevail in these sorts of disputes, it is usually the innocent accident victims who are left holding the bag. This is why it is critical to work with an experienced Boca Raton auto accident attorney who will zealously represent your interests when dealing with insurance companies. Contact Leifer & Ramirez today to schedule a consultation with a member of our personal injury team.

By Leifer & Ramirez | Posted on March 5, 2021
« How “Summary Judgment” Can Affect Your Personal Injury Lawsuit
The Role of “Proximate Causation” in Florida Personal Injury Cases »