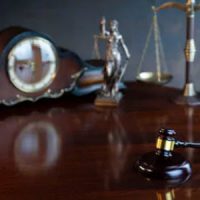 When you are injured in an auto accident caused by another driver’s negligence, you might assume their insurance policy will cover all of your damages. That is not always the case. For one thing, most insurance policies contain a “per accident” limit. In other words, no matter how many victims there are in a given accident, the insurance company’s liability is capped at a fixed amount.

Another scenario involves an insurer that insures a group of vehicles under a single policy. Take this recent decision from the Florida Fourth District Court of Appeal, Endurance Assurance Corp. v. Hodges. This case involved a mid-air collision between two airplanes that belonged to the same company. The legal question was whether the relevant insurance policy covered both planes together or each of them separately.

The planes in question belonged to a flight school, which owned 51 aircraft in total. The flight school held a “fleet” insurance policy with Endurance Assurance. The policy had a cap of $1 million per accident.

One day in 2018, two of the school’s planes collided in mid-air over the Florida Everglades, killing a total of 4 people. The victims’ respective estates then filed wrongful death lawsuits against the flight school. One of the estates pointed to language in the Endurance Assurance policy that said when “two or more Aircraft are insured under this Policy the terms of this Policy will apply separately to each.” The estate argued this meant the $1 million per accident cap applied to each plane involved in the accident. So the policy provided $2 million in coverage–one for each plane involved.

Although the trial court agreed with this reasoning, the Fourth District did not. It noted that other language in the policy made clear that a “collision between two or more Aircraft shall be deemed one Occurrence,” or accident. Another clause said that “[r]egardless of the number of Insureds under this Policy,” Endurance Assurance’s liability was limited to the single per-accident cap.

The estate conceded this was a single accident. Its position was simply that the policy separately insured each of the 51 planes in the flight school’s fleet. Again, the Fourth District disagreed. The “regardless” clause in particular “unambiguously” stated the insurer’s intent to limit its liability for a single accident regardless of the number of planes involved. The victims’ estates could therefore not receive more than $1 million in coverage from Endurance Assurance.

Many victims are shocked to find that even when a defendant’s liability for an accident is uncontested, there are still substantial legal hurdles to overcome when dealing with insurance companies. That is why you need to work with an experienced wrongful death attorney who will fight for your family’s interests. Contact the Leifer Law Firm today if you have lost a loved one in an accident and need legal advice or representation moving forward.

By Leifer Law Firm | Posted on May 25, 2021
« Is The Trailing Driver Always Responsible For A Rear-End Accident?
Can A Personal Injury Defendant Exclude Potential Jurors Based On Race? »