Is The Trailing Driver Always Responsible For A Rear-End Accident? 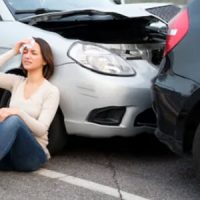 One of the most common types of car accidents in Florida is the rear-end collision. This occurs when one vehicle crashes into the vehicle directly in front of it. The passengers in the front vehicle often sustain significant injuries in rear-end collisions, notably whiplash.

You might have read that the rear or “trailing” driver is always legally responsible for causing a rear-end accident. But is that actually true? As with many legal questions, the answer is not a simple “yes” or “no.”

The Florida Supreme Court actually weighed in on this question in a 2012 decision, Birge v. Charron. In that case, the plaintiff was actually a passenger on a motorcycle. The driver of the motorcycle swerved to avoid a rear-end collision with a car operated by the defendant. The motorcycle subsequently flipped over, injuring the plaintiff. In court, the defendant argued he could not be liable for the accident, as Florida law assumes the rear driver–in this the motorcycle–caused the accident.

For example, if a jury hearing a car accident case decides the plaintiff was 20 percent at-fault, then the defendant only has to pay 80 percent of the total damages.

Finally, in a case like Birge, where the plaintiff was a passenger rather than a driver, the presumption of rear-driver fault still applies unless the defendant introduces evidence to rebut the presumption at trial.

In any auto accident, you should never assume that a judge or jury will hold the other driver responsible. You need to work with an experienced  car accident lawyer who can help you build and present a strong case in court. Contact Leifer & Ramirez today to schedule a free initial consultation to review your case.

By Leifer & Ramirez | Posted on May 24, 2021
« How Do You Prove Damages For “Loss Of Earning Capacity”?
How “Per Accident” Insurance Limits Can Affect Recovery In A Personal Injury Case »