Is A Franchisor Responsible For Personal Injury Lawsuits Filed Against An Individual Franchisee? 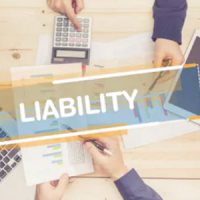 One of the basic rules of personal injury law is that a “superior” can be held legally responsible for the acts of a “subordinate.” For example, if you are driving your car and are struck by a delivery van, you can sue the delivery company for its employee’s negligence. As far as the law is concerned, the employer is just as responsible as the employee for what happened.

But other types of legal relationships can present more complex questions of law. Let’s say the delivery driver was not an employee of the company but an independent contractor who used his own vehicle to make deliveries. In that scenario, the hiring company may not be responsible for an accident caused by the driver. It would depend on a number of factors, notably the degree of control that the company actually exercised over the driver.

Another relationship where issues of liability are complicated involve franchisors and franchisees. In other words, let’s say you slip and fall at a McDonald’s. Can you then sue the McDonald’s Corporation itself because it granted a franchise license to the independently owned restaurant where the accident occurred?

Florida courts have generally discouraged such lawsuits. Just recently, a divided three-judge panel of the Florida Fourth District Court of Appeal rejected such a case. In Ferrer v. Jewelry Repair Enterprises, Inc., The plaintiff in this case was employed by a store at a Coral Springs mall. The store itself was a franchise of a company based in Pennsylvania.

The owner of the Coral Springs store shot the plaintiff. The plaintiff subsequently filed suit against the Pennsylvania-based franchisor, alleging it was legally responsible for the franchisee’s actions. Both the trial court and a majority of the Fourth District panel disagreed. The Fourth District majority explained that under the terms of the franchise agreement, the franchisor had no “control over the day-to-day operations” of the Coral Springs store. Indeed, aside from certain requirements regarding the “standardization of products and services,” the local franchisee “operated as its own independently owned entity, with full authority to hire and fire its employees.” Under these facts, the majority said the plaintiff could not maintain a personal injury claim against the franchisor defendant.

In any personal injury case there may be multiple individuals and corporate parties who share responsibility for what happened. A qualified  personal injury attorney can help you investigate and pursue anyone whose negligence may have contributed to your damages. Contact the Leifer Law Firm today to schedule a consultation.

By Leifer Law Firm | Posted on April 21, 2021
« You Live in Florida. Your Car Accident Happened in Georgia. Which State’s Laws Apply to Your Personal Injury Case?
How Can Hearsay Be Used In A Florida Wrongful Death Lawsuit? »