Who Is A “Necessary Party” To A Florida Wrongful Death Claim? 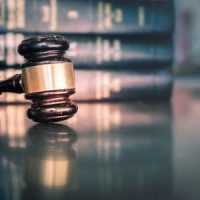 When a person is killed in an accident, any potential personal injury claim they might have dies with them. Instead, Florida law authorizes a separate cause of action known as a wrongful death claim. The personal representative of the victim’s estate has the exclusive right to bring such a claim. Although the victim’s survivors, such as their spouse and children, are the ultimate beneficiaries of any damages recovered in a wrongful death claim, they are not the actual parties to the lawsuit.

A wrongful death lawsuit is not, to be clear, a forum for resolving other issues that might involve the deceased victim’s estate. That is typically handled in a separate probate proceeding. For example, you would not resolve a dispute among the victim’s heirs as part of the wrongful death case.

A recent decision from a federal judge in Jacksonville, Holzendorf v. Star Van Systems, Inc., provides an unusual example of this principle. This case arises from a trucking accident where an 18-wheeler collided with another vehicle, killing the driver of the latter. The victim’s father was subsequently named personal representative of his son’s probate estate, and in that capacity he filed a wrongful death lawsuit against the owner and driver of the 18-wheeler.

The personal representative said that as far as he knew, the victim was unmarried and had no children. More to the point, even if this child was the victim’s son, that had no bearing on the wrongful death case. And the court had no authority to order a paternity test in this context.

The judge agreed. He noted the defense failed to provide any evidence with respect to the child’s relationship with the victim. Indeed, the victim was not listed as the father on the child’s birth certificate. The lawyers representing the child’s mother also withdrew from pursuing a paternity claim. And there was no simply legal basis for the court to order a paternity test.

Perhaps most importantly, even if this the victim’s child, said child could not be “added as a party” to a wrongful death lawsuit, as Florida law clearly stated that the personal representative is the only necessary party to such an action. (It should be noted that a “survivor” entitled to recovery in a wrongful death action includes children born out of wedlock, but again, the court here was not in a position to determine paternity.)

Wrongful death lawsuits often implicate complex questions of law that need to be resolved in court. A qualified Boynton Beach wrongful death attorney can help guide you and your family through this difficult time in seeking justice on behalf of your loved one. Contact Leifer & Ramirez today to schedule a free consultation.