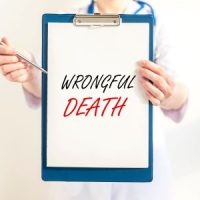 A car accident may be the result of negligence on the part of one or more drivers. Let’s say two cars collide at an intersection. One car ran a red light, but the other was speeding. In that scenario, both drivers were at-fault in contributing to the accident.

To account for these situations, Florida follows a comparative negligence rule in all personal injury cases. The underlying principle of comparative negligence is simple enough: The trier of fact–a jury or judge–must apportion relative fault among all responsible parties in percentage terms. If the plaintiff, the person seeking damages, was partly at-fault, their damages must then be reduced to account for their percentage of fault.

The comparative fault rule even applies in wrongful death cases–i.e., personal injury lawsuits brought by the estate of a deceased person. In other words, if a person dies in a car accident and their estate sues the other driver, the defense is allowed to argue the deceased was partly (or even completely) to blame. And the jury must take the decedent’s fault into account when assigning liability.

Is a Family Member’s Negligence Relevant to the Distribution of a Wrongful Death Settlement?

One interesting twist when it comes to wrongful death cases is that the proceeds from any judgment or settlement typically go to the deceased person’s descendants or immediate family. But what if that family member was at-fault for the accident? Do the principles of comparative fault still apply?

In one famous Florida case from 2000, Hess v. Hess, the answer was clearly “yes.” The Hess case involved a tragic car accident that killed an 11-year-old girl. The child’s mother was driving with her children when they were struck by a Jeep. The child’s father–the parents were divorced–then filed a wrongful death lawsuit against the Jeep driver on behalf of his daughter’s estate. The Jeep driver’s insurance company decided to settle the case for $100,000, the limits of the policy.

The Florida Fourth District Court of Appeals disagreed. It held that the probate court could not only consider a wrongful death survivor’s comparative fault, but that it could use a finding of fault to bar recovery from the estate. As such, the Fourth District ordered the entire insurance settlement be paid to the father.

Wrongful death cases are by their very nature an emotional affair for families still struggling to cope with the loss of a loved one. An experienced Boca Raton wrongful death lawyer can provide you with compassionate and understanding representation during this difficult period. Contact Leifer & Ramirez today to schedule a consultation with a member of our team.