Can A Bar Be Held Responsible For A Customer’s Drunk Driving Accident? 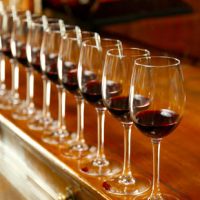 Hundreds of people die in Florida each year in drunk driving accidents. Many of these victims were innocent people whose lives were cut short due to the reckless and negligent act of the drunk driver. In some cases, the drunk driver had only just left a bar or social event where they were served an excessive amount of alcohol.

In such scenarios, can the business or individual that furnished the alcohol be held legally responsible? The short answer is “yes.” Florida has what is commonly known as a “dram shop law,” which establishes potential liability of third parties for a drunk driving accident that causes serious injury or death. Most states have some sort of dram shop law. (The name itself refers to 18th century England, where businesses would sell alcohol by the spoonful or “dram.”)

Florida’s dram shop rule, however, is somewhat more limited than what you find in other states. Indeed, Florida law exempts third parties from liability in most drunk driving accident cases. The statute actually states that a person who sells or furnishes alcohol to a person of legal drinking age–i.e., 21 or older–is generally not responsible for a subsequent accident. But there are exceptions to this general rule when:

The first exception is easy enough to prove. Let’s say a bartender knowingly serves a minor alcohol. If the minor then leaves the bar and causes the accident, the victims would have a strong dram shop claim against the bar.

The second exception–knowingly serving a habitually addicted person–is a bit more difficult to prove. The Florida Supreme Court has said that a person is habitually addicted to alcohol when they are basically incapable of not drinking to access. That is to say, every time they start drinking they end up drunk.

Florida’s dram shop law also covers so-called social host liability scenarios. A social host is someone who serves alcohol but not as part of any business. A common example would be someone who hosts a party at their home. Say there are teenagers at this party and the host serves them beer. If one of those teenagers causes a car accident on the way home, the victims could turn around and sue the person who threw the party, since they knowingly “furnished” alcohol to minors.

Dram shop lawsuits are not easy to win. As with any personal injury case, it is crucial that you work with an experienced Boca Raton auto accident lawyer who can help you review what happened and advise you on the best course of action. Contact Leifer & Ramirez today to schedule a free consultation.

By Leifer & Ramirez | Posted on January 18, 2022
« What Happens When A Defendant Never Responds To A Personal Injury Lawsuit?
Comparative Negligence And Florida Wrongful Death Lawsuits »