Can The Family Of A Suicide Victim File A Wrongful Death Lawsuit? 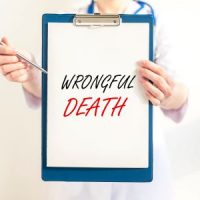 Florida’s wrongful death law allows the estate of a deceased person to file a civil lawsuit against any person whose “wrongful acts” caused that death. In most cases, wrongful death lawsuits involve negligent or reckless acts done directly to the individual, such as a car accident or medical malpractice. But what about wrongful acts that may have contributed to the victim’s suicide?

There are, in fact, cases in Florida where estates have successfully pursued wrongful death claims following a suicide. But such cases are difficult to prove. The main legal obstacle is that the suicide itself is usually considered an “intervening cause” of death that negates any wrongful act committed by the defendant. That said, if a third party’s wrongful acts were a substantial factor in the victim’s decision to end their own life–and the defendant should have reasonably foreseen that would be the case–then there is a potentially viable wrongful death claim.

Recently, the Orlando Sentinel reported that the family of a University of Florida graduate student had taken the first steps towards filing a wrongful death lawsuit against the school for its alleged role in causing the student’s suicide. Attorneys representing the family filed a formal “Notice of Claim” with the University, which is a necessary preliminary step before pursuing a personal injury action against a state agency.

According to the Notice, the victim was a graduate student in electrical engineering at the University working under the guidance of a particular professor. The Notice alleges that this professor “engaged in a pattern of emotional abuse, harassment, intimidation, threats, and deceit” regarding the student’s research and work. The student allegedly told university officials about his suicidal thoughts due to the professor’s abuse, but the school took no action. The student eventually “hanged himself in a university lab” and left notes blaming the professor specifically for the decision to end his own life.

The Notice says the estate seeks unspecified monetary damages from the university and another individual, presumed to be the professor identified in the notes. The Sentinel reported the professor “resigned under pressure” from his job with the university and is believed to have returned to his native China. For its part, the University of Florida reportedly conducted “ at least three overlapping investigations” into the professor following the suicide but took no formal disciplinary action.

Again, it is important to emphasize that pursuing a wrongful death lawsuit following a suicide is legally tricky. The defense will always argue that the suicide itself was the actual cause of death, regardless of whatever other wrongful acts may have occurred. So any family that intends to pursue such a claim needs to proceed carefully and do their research before heading into court.

If you need legal advice or representation following the loss of a family member and would like to speak with an experienced West Palm Beach wrongful death attorney, Contact Leifer & Ramirez today to schedule a free consultation.