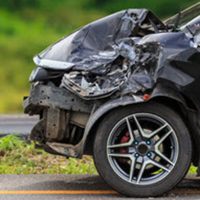 Local 10 News has published a news report indicating that a driver recently left the scene of an accident in Hollywood after causing a crash that involved three cars on Interstate 95 during a recent weekend. Florida Highway patrol has asserted that the accident began when a black Ford Fusion being driven by the man who left the scene hit a Dodge Ram from behind, causing the Ram to swerve to the left and hit the Express Lane walls before it overturned. The Fusion then swerved to the right and hit a white Lexus before the Fusion then overturned itself. According to officials, the driver of the Fusion then left the overturned vehicle and the scene of the crash by fleeing on foot. The other two drivers who remained at the scene reportedly suffered minor injuries.

Criminal Implications of Leaving the Scene

All drivers have a legal duty to obey traffic laws and to be reasonably aware of everything that is happening around them on the road, including any vehicles or objects they happen to collide with while behind the wheel. Leaving the scene of an accident, which is also known as “hit and run,” is simply not a good idea in any context other than where the circumstances of the accident are so dangerous that it would not have been safe to remain stationary or unless the person who left was simply an uninvolved bystander. Importantly, leaving the scene of an accident means that the person who fled may face criminal charges even if he or she would not otherwise have been at fault for the accident itself.

Civil Implications of Leaving the Scene

There are also civil implications to leaving the scene of an accident. For a fleeing driver who has been injured, it is important to keep in mind that an insurer may use the fact that a driver unlawfully left the accident scene to reject a personal injury claim. In addition, if the fleeing driver has caused harm to someone else, know that an accident that results in an injury is more serious than leaving the scene of an accident that has only resulted in property damage. Regardless of whether criminal charges have been filed, the injured victim may pursue a civil claim for damages against the driver. And unfortunately, leaving the scene of the accident may be looked at as an indication of guilt even if the driver who left did not actually do anything wrong.

We Will Stand by Your Side

One of the most important things you can do if you or a loved one suffers injuries or losses in a hit and run accident or another kind of accident is to retain experienced legal counsel as soon as possible. As the  South Florida car accident attorneys at Leifer Law Firm, we are dedicated to obtaining justice for every personal injury client who has been injured by someone else’s negligence. We understand that the devastating effects of an unexpected injury can go beyond physical pain and suffering and leave lasting implications on countless aspects of your life. Turning to us means that you will have a team of passionate legal advocates who are striving to help you maximize your financial recovery while you focus on recovering your health. Contact us today to begin with a free consultation.