Steps Drivers Can Take to Stay Safe in Traffic 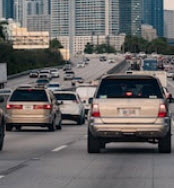 Who doesn’t love the popular “Bad Boys” movie series that headlines Will Smith and Martin Lawrence and just happens to take place right here in South Florida? Filming for the third installment of the series is underway and fans are excited for the release of the next movie. However, this filming comes with other consequences for local residents. Local 10 News recently reported that the production team that is filming scenes for the upcoming sequel recently had to shut down parts of Miami’s Brickell neighborhood which caused traffic delays. This is just the latest example of the ongoing problem with traffic here in South Florida.

Just How Bad is Traffic in South Florida?

Local 10 News had previously reported that traffic is so bad in South Florida that many commuters would reportedly refrain from alcohol in order to have an easier drive to and from work. In other words, traffic was already bad in this area and now due to filming, it’s about to get worse.

What Steps Can Drivers Take to Stay Safe in Traffic?

Have You or a Loved One Been Injured in an Accident as the Result of Traffic?

If someone else’s negligence caused your injuries, there is a good chance that you are entitled to recover from the responsible parties, and even if no one else is responsible, you have options under Florida law. The Boca Raton auto accident attorneys of Leifer Law Firm have helped many people pursue the compensation that they deserve during our 25 years of combined experience and we can help you hold the responsible parties responsible. Contact us today for help.