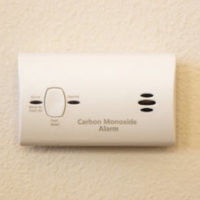 Throughout the country, Spring and warmer weather that comes with it is a great opportunity to dust off the grill and fire up the charcoals or gas for this popular American pastime that also produces some of the best-tasting food. However, the beginning of grilling season in this country has also led to a local example of the potential consequences of grills when handled improperly – carbon monoxide poisoning.

What is the Recent Example of Carbon Monoxide Poisoning in the News?

Local 10 News recently reported that two people had to be hospitalized for carbon monoxide exposure after a party at a Hialeah apartment. Authorities were reportedly able to determine that the origin of the poisoning was a portable grill that had been placed inside the apartment overnight after being used earlier for the party. This released carbon monoxide into the air and affected the two residents who had to be hospitalized and treated in a hyperbaric chamber as well as two other people who had to be treated on the scene.

How Often Do Carbon Monoxide Poisonings Occur in the U.S.?

According to the Center for Disease Control, over 400 people die in this country every year as the result of accidental carbon monoxide poisoning. Another 50,000 Americans end up visiting an emergency department for the same thing.

Why Are These Accidents so Common?

Unfortunately, carbon monoxide is such a toxic gas because it is odorless, tasteless and invisible. Therefore, while this gas can build up in homes and even lead to death, the biggest problem with preventing this from occurring is that its presence is so difficult to detect in the first place.

What Steps Can be Taken to Help Prevent Carbon Monoxide Poisonings?

Who is Liable for Carbon Monoxide Poisoning?

Those who are responsible for property, including businesses, landlords and property owners, have a legal obligation to prevent carbon monoxide poisoning by using any safety precautions that are reasonably necessary. If an individual is tragically injured by carbon monoxide poisoning on someone else’s premises, that person or entity could be held liable for the overexposure if he or she was negligent in ensuring that guests were protected.

Have You or a Loved One Been Poisoned as the Result of Carbon Monoxide Exposure on Someone Else’s Property?

If someone else’s negligence caused your carbon monoxide poisoning, there is a good chance that you are entitled to recover from the responsible parties. The Boca Raton personal injury attorneys of Leifer & Ramirez have helped many people pursue the compensation that they deserve during our 25 years of combined experience and we can help you hold the responsible parties responsible. Contact us today for help.

By Leifer & Ramirez | Posted on June 26, 2019
« The Tragic Consequences That Can Result From Daycare Negligence
Steps Drivers Can Take to Stay Safe in Traffic »