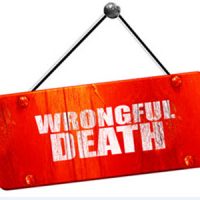 A wrongful death lawsuit allows the families of a deceased individual to hold any negligent parties responsible for that death. Although we commonly associate wrongful death with sudden events like traffic accidents, they may be used in any situation where someone has violated a legal duty owed to another person, and in doing so caused their death.

For example, a circuit court judge in Miami-Dade County recently held that the daughter of a former Publix employee could proceed with a wrongful death case against the supermarket chain. The victim died due to complications from COVID-19. The daughter’s lawsuit alleges that he contracted the disease from a coworker due to Publix’s negligent safety practices.

Lawsuit: 70-Year-Old Worker Died After Management Barred Him From Wearing a Mask

It is important to understand this case is still in the early stages of litigation. The judge did not rule on the merits. Rather, he denied a motion to dismiss filed by Publix. Motions to dismiss typically focus on whether or not the plaintiff’s complaint presents sufficient allegations to justify a trial.

Here, the daughter’s complaint has alleged the following facts: The victim was a 70-year-old man who worked in the deli department of a Publix store in Miami Beach. In late March 2020, as the COVID-19 pandemic began, Publix prohibited the victim and other store employees from wearing gloves or masks while at work for fear of “inciting panic” among customers. Specific to this lawsuit, the victim told management that he wanted to wear a mask. He was told he could not. Nevertheless, the victim still reported for work “because he believed Publix’s statements that it was taking all necessary measures to keep him safe.”

The complaint further states that during March 27 and March 28, 2020, the victim worked alongside a colleague who “was exhibiting signs and symptoms consistent with COVID-19, including coughing.” Management took no immediate action to quarantine this employee or protect other workers. Instead, management waited until after the co-worker formally tested positive for COVID-19 before directing the victim to “self-isolate.” By that point, it was too late. The victim contracted COVID-19 and passed away less than a month later.

The crux of the daughter’s wrongful death complaint is that Publix was negligent in ignoring the publicly known dangers of COVID-19 and refusing to take basic safety precautions to protect its employees from exposure. This negligence, in turn, was the proximate cause of the victim contracting, and dying from, COVID-19.

In its motion to dismiss, Publix argued that a wrongful death lawsuit was the wrong avenue to pursue damages. The company insisted this should instead be treated as a workers’ compensation case. In response, the attorneys representing the daughter pointed out that workers’ compensation was only meant to cover cases of “accidental workplace injury or death,” which do not include “negligence or intentional acts,” such as the ones alleged in their complaint.

This is unlikely to be the last time we see a wrongful death lawsuit related to the COVID-19 pandemic. If you have lost a family member and you believe that someone else’s negligence was to blame, it is important you speak with a qualified  wrongful death lawyer as soon as possible. Contact the Leifer Law Firm today to schedule a consultation.