How The PREP Act Affects COVID-19 Lawsuits Against Nursing Homes 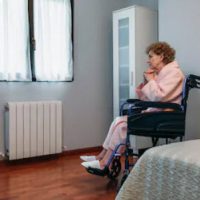 We have all heard–or even been personally affected by–the substantial amount of deaths that have taken place in Florida nursing homes during the COVID-19 pandemic. In many cases, nursing home administrators and staff have failed to take basic steps to prevent the spread of the disease among residents. This has prompted a large number of legal claims for nursing home abuse and neglect.

One legal argument that nursing homes have tried to employ as a shield against these claims is a federal statute known as the PREP Act. This law actually predates the current pandemic. Congress adopted the PREP Act in 2005 to help the federal government better address public health emergencies.

Among other provisions, the PREP Act authorizes the U.S. Secretary of Health and Human Services to make a formal determination that there is a public health emergency. Once such a determination is made, the Secretary can then issue a declaration “recommending, under conditions as the Secretary may specify, the manufacture, testing, development, distribution, administration, or use of one or more covered countermeasures.” A health care provider that subsequently follows these countermeasures is subsequently immune in state or federal court for taking these actions.

The Secretary issued a formal PREP Act determination with respect to COVID-19 in March 2020. Several declarations related to countermeasures followed. So do these declarations make it impossible to actually sue a nursing home if a patient has died due to COVID-19?

A recent report issued by a federal magistrate judge in an ongoing lawsuit, Lindsay v. Gulf Shore Facility, Inc., provides some insight into this issue. Here, the estate of a deceased nursing home resident filed suit alleging the defendant’s negligence caused COVID-19 to spread within the facility, ultimately killing the resident. The defendant nursing home, in turn, argued it was immune under the PREP Act and removed the lawsuit from state to federal court.

The magistrate recommended to the trial judge, however, that the case be returned to state court. The mere fact that the defendant had cited the PREP Act as a defense did not, in and of itself, create federal jurisdiction. Nor does the PREP Act provide “complete preemption” of state personal injury lawsuits. Rather, the PREP Act simply “preempts state laws that create different standards regarding the administration or use of covered countermeasures.”

The magistrate also noted that while the Department of Health and Human Services itself issued an “advisory opinion” suggesting that the PREP Act did, in fact, preempt all potential state legal claims against health care providers, most federal courts that have considered the issue have rejected this broad claim of immunity.

If you have lost a loved one who was living in a nursing home and you suspect improper care was to blame, you have the right to demand answers. A qualified Boca Raton nursing home neglect lawyer can review your case and advise you on the best course of action moving forward. Contact Leifer & Ramirez today to schedule a free consultation.

By Leifer & Ramirez | Posted on February 28, 2022
« Is Falling Off A Table “Medical Malpractice”?
What Happens When An Insurer Refuses To Settle A Valid Personal Injury Claim? »