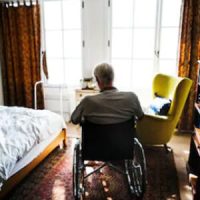 Florida nursing homes and assisted living facilities (ALFs) are notorious for inserting binding arbitration clauses into resident admission paperwork. By signing on the dotted line, the resident–or oftentimes, their agent–effectively waive the right to bring a lawsuit in the event of serious injury or death at the hands of the facility’s staff. And even if a Florida judge later finds that parts of an arbitration agreement are “unconscionable,” the underlying arbitration requirement itself may still be enforced.

In simple terms, it is possible to “sever” certain unconscionable provisions from an arbitration agreement and keep the rest. The Florida Second District Court of Appeal recently addressed just such a case. In Addit, LLC v. Hengesbach, a person died while a resident of the defendants’ ALF. At the time of the victim’s admission to the ALF, the agent holding his power of attorney signed a 23-page admissions form, which included an arbitration agreement buried on page 15.

After the victim’s estate filed a wrongful death lawsuit, the ALF defendants moved to enforce the arbitration agreement. The ALF conceded some of the agreement’s provisions were unconscionable under Florida law but insisted the offending provisions could be severed. The trial judge disagreed and declined to compel arbitration.

The Second District reversed. The Court acknowledged a number of illegal provisions in the agreement. For example, the arbitration agreement waived the resident’s rights to seek any attorney fees or costs, as well as to appeal the decision of the arbitrator. The ALF admitted these provisions should be stricken.

The agreement also created what the Second District described as an “unlevel playing field.” Basically, the ALF reserved the right to sue the resident for eviction, but the resident had to submit all disputes to arbitration. The appellate court agreed that this was “substantively unconscionable.”

All that said, the Second District found the offending provisions could be effectively severed without rewriting the core of the arbitration agreement. After all, the Court reasoned, the purpose of the agreement was to ensure the parties resolved any legal disputes through arbitration rather than litigation. The remainder of the agreement still accomplished that purpose. For that reason, the estate was legally bound to arbitrate its wrongful death claims against the ALF defendants.

Nursing homes and assisted living facilities have a duty to safeguard their residents. But all too often, profit takes priority over safety. And arbitration agreements are just one tool these institutions rely upon to escape accountability.

That is why if you or someone you love has been affected by institutional neglect or abuse, you need to speak with a lawyer as soon as possible. If you need to consult with a qualified Boca Raton nursing home neglect attorney, Contact Leifer & Ramirez today to schedule a free case evaluation.

By Leifer & Ramirez | Posted on July 1, 2022
« Can A “Substantially Similar” Accident Help You Prove A Florida Slip-And-Fall Case?
Does My Boss Have To Pay For My Car Accident If I’m Injured While Traveling To A Job? »