What Happens When An Insurer Refuses To Settle A Valid Personal Injury Claim? 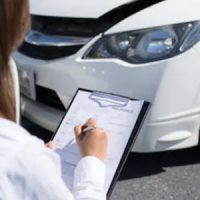 When bringing a personal injury claim arising from an auto accident, a victim often has to deal with not just the negligent driver, but also their insurance company. Indeed, even if the driver is willing to settle a claim, the insurer may insist on litigation. But this carries some risk to the insurer, as a large verdict can leave it on the hook for a potential “bad faith” claim.

Basically, if an insurer refuses to settle a valid accident claim for the limit of a given policy, and this leads to a personal injury award that far exceeds that limit, the insured party has the right to sue the insurer for breach of contract. This claim is then commonly assigned to the accident victim holding the excess judgment.

Bad faith insurance litigation raises a whole host of complex legal issues. Take this recent decision from the Florida Second District Court of Appeal, Allstate Insurance Company v. Ray. Here, the question was whether an insured faced with an excess judgment had the right to compel its insurer to produce certain documents related to the case.

Here is some background. There was a car accident in 2006. The plaintiff in this case is the estate of the driver who caused the accident. The driver passed away shortly thereafter. But there was another person injured in the accident. That person filed a personal injury lawsuit against the estate. The parties failed to settle the lawsuit before trial.

A jury ultimately returned a verdict against the estate in excess of $44 million, far beyond the limits of the deceased driver’s insurance policy. The insurer elected not to appeal the verdict after the trial court reduced the final award of damages to $18 million. This prompted the estate to sue the insurer, alleging it acted in bad faith to accept the $18 million judgment without filing an appeal.

As part of the pre-trial discovery in this new case, the estate asked for records of communications between numerous adjusters and attorneys who worked for the insurer on the underlying personal injury case. The insurer maintained some of these communications were protected by its own attorney-client and work product privilege. Essentially, the insurer said that while internal documents related to the original personal injury lawsuit were discoverable by the estate, it did not have to broadly disclose all internal documents created prior to the verdict in that case.

The Second District agreed with the insurer. Partially reversing the trial judge’s prior orders on this issue, the appellate court explained that while privilege does not attach to the insurer’s work product related to the underlying personal injury claim, it does still apply to matters purely related to the bad faith lawsuit. But the proper way to sort out which-is-which is to have the trial court conduct an in-chambers review of the allegedly privileged documents. So that is what the Second District ordered in this case.

Dealing with insurance companies is often the biggest hurdle that an accident victim will face in seeking compensation for their injuries. A qualified Boca Raton auto accident lawyer can help take this burden off of your shoulders. If you need legal advice or representation, Contact Leifer & Ramirez today to schedule a free initial consultation.

By Leifer & Ramirez | Posted on March 2, 2022
« How The PREP Act Affects COVID-19 Lawsuits Against Nursing Homes
Understanding The Terms Of A Release When Settling A Florida Personal Injury Claim »