Is Falling Off A Table “Medical Malpractice”? 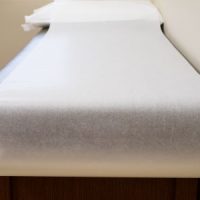 Although medical malpractice represents a type of personal injury claim, the rules governing the former are actually much more complicated that many people realize. Put simply, you cannot simply sue a doctor for malpractice. You must first complete a series of pre-suit steps mandated by Florida law. This includes conducting a “presuit investigation” and giving the prospective defendants advanced notice so they can take time to review the claim themselves (and with their insurance company).

None of this is necessary in an ordinary personal injury case. If you are involved in a slip and fall accident at the grocery store, for instance, there is no state-required presuit investigation or notice. For that matter, these requirements do not apply even if you do sue a health care provider for ordinary negligence that does not implicate questions regarding the quality of medical care.

A recent decision from the Florida Third District Court of Appeal, University of Miami d/b/a Bascom Palmer Eye Institute v. Bloomer, illustrates what we are talking about. In this case, the plaintiff went to an eye care facility because he required surgery. As the staff prepared the plaintiff for sedation just prior to surgery, the surgical table he was on collapsed underneath him. The plaintiff said he suffered serious injuries as a result of this incident and subsequently sued the University of Miami, which operated the facility.

The university moved to dismiss the lawsuit. The defense’s position was that this was really a medical malpractice case. And since the plaintiff failed to comply with the various pre-suit requirements before filing his complaint, the lawsuit had to be dismissed as a matter of law. The trial judge rejected this argument, prompting the university to file a petition for a writ of certiorari with the Third District. (In other words, the university sought an immediate order dismissing the lawsuit, notwithstanding the trial court’s ruling.)

The Third District, however, said the trial court did not commit any legal error. Based on the allegations presented in the complaint, the appellate court said the plaintiff had presented a plausible claim for ordinary negligence as opposed to medical malpractice. Notably, the plaintiff “alleged no act during, or directly resulting from, the sedation procedure as the cause of the collapse.” Nor did the plaintiff’s allegations turn on any “action or inaction resulting from medical judgment or skill.” As such, this case could proceed as one for ordinary negligence.

Before you bring any type of personal injury claim, it is best to speak with counsel first. An experienced Boca Raton personal injury attorney can review your case and make sure you are complying with any legal requirements before setting foot inside the courthouse. So if you have been injured in any type of accident and would like to speak with someone, call Leifer & Ramirez today to schedule a free consultation.

By Leifer & Ramirez | Posted on February 25, 2022
« Why You Need To Establish A “Duty Of Care” In A Florida Personal Injury Lawsuit
How The PREP Act Affects COVID-19 Lawsuits Against Nursing Homes »