Can A “Substantially Similar” Accident Help You Prove A Florida Slip-And-Fall Case? 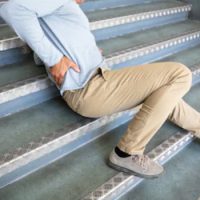 Slip-and-fall accident lawsuits are often tricky to win because of the need for the victim to prove the property owner had “actual or constructive notice” of the hazard that caused the victim’s injuries. Actual notice is just what it sounds like–the owner actually knew there was a safety hazard that could harm customers and invited guests. Constructive notice, in contrast, means the owner “should have known” there was a hazard based on the exercise of due diligence.

One way that a plaintiff can establish constructive notice is to show that a defective condition existed long enough prior to the accident that someone would have noticed the problem. Another way is to show there were one or more “substantially similar incidents” that occurred prior to the plaintiff’s accident. In other words, if the same thing previously happened to another victim, that could be deemed sufficient proof the defendant was “on notice” to the potential risk.

A recent decision from the U.S. 11th Circuit Court of Appeals, Cogburn v. Carnival Corporation, provides an illustration of how this works. This case involved a slip-and-fall accident that took place on a cruise ship. The plaintiff and her husband were on a five-night cruise to celebrate their anniversary. On the second day of the cruise, the plaintiff walked down a hallway on the cruise ship when her “right foot slipped on a puddle of liquid,” according to court records, causing her to fall. The plaintiff sustained a broken femur and required two surgeries and a partial hip replacement.

The plaintiff subsequently sued the cruise ship operator. The lawsuit basically alleged that the accident was the result of the dark granite tiles used in the hallway where the plaintiff fell. This made it difficult, if not impossible, for a passenger to see if the floor was slippery.

The defense admitted there had been “dozens” of similar incidents on its ships involving the same kind of granite tile walkways. Indeed, there was a nearly identical accident approximately four months before the plaintiff’s slip-and-fall on the same ship in the same spot. Nevertheless, the judge concluded there was insufficient evidence to support a finding of constructive notice and dismissed the lawsuit.

On appeal, the 11th Circuit reversed. Without deciding the merits of the case, the appellate court said the fall four months earlier was “substantially similar” enough to establish constructive notice. (For some reason, the trial judge simply failed to address this particular incident in their own decision.)

Anytime that you are injured on someone else’s property, you may have a valid claim against the owner if their negligence contributed to your injuries. An experienced Boca Raton slip and fall accident lawyer can review your case and apprise you of your options. Contact Leifer & Ramirez today to schedule a free initial consultation with a member of our personal injury team.