Can You Seek Damages In A Wrongful Death Lawsuit If You Married Your Late Spouse After Their Injury Occurred? 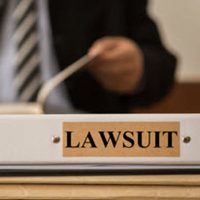 Unlike other types of personal injury cases, a wrongful death claim focuses on the losses suffered by the immediate family of the victim rather than the victim themselves. For instance, Florida’s Wrongful Death Act permits the surviving spouse and minor children of the decedent to recover monetary damages for the loss of the decedent’s companionship, as well as their own mental pain and suffering. In cases where there is no surviving spouse, the adult children of the decedent may recover such damages instead.

There is a disagreement within the Florida courts about what to do in the case of a spouse who married the decedent after they were injured but before they died. A recent decision from the Florida Fourth District Court of Appeal, Ripple v. CBS Corporation, addressed the split, as well as a related question: Can the adult children still recover damages if the spouse is barred from doing so?

This particular wrongful death case involved asbestos exposure. The decedent was exposed to asbestos during the 1950s and 1960s in a number of workplaces. He was subsequently diagnosed with mesothelioma in 2015 and died four months later. At the time of the decedent’s death, he had been married to his spouse for nearly 40 years, since 1976.

The widow, acting as personal representative of the decedent’s estate, filed a wrongful death lawsuit against numerous defendants whose actions exposed her late husband to asbestos. The defendants moved for judgment on the pleadings with respect to the widow’s claim for damages. They argued she was not a survivor under the Wrongful Death Act since she married the decedent in 1976–after his exposure to asbestos occurred.

The trial court agreed with the defense, citing binding precedent from the Fourth District. But the defense then tried to have its cake and eat it too: They argued that the widow should be considered a “surviving spouse” for purposes of barring the decedent’s adult children from recovering any damages as well. The judge rejected that argument.

On appeal, the Fourth District agreed with the trial judge’s rulings on both issues. The Court declined to overrule its precedent holding that a spouse could not recover damages in a wrongful death case if the marriage occurred after the date of the decedent’s injury. But it also held that when a spouse is barred for that reason, then the adult children have the right to seek damages instead.

The Fourth District acknowledged that its precedent conflicts with a decision made by the Fifth District Court of Appeal, which held in a 2018 case, Domino’s Pizza, LLC v. Wiederhold, that a surviving spouse who married a decedent post-injury could recover “loss of consortium” damages under the Wrongful Death Act. Indeed, the Fifth District also acknowledged this conflict in its Domino’s Pizza decision. Ultimately, only the Florida Supreme Court can resolve the conflict.

As you can see, the law regarding wrongful death claims may depend on where you live or file your lawsuit. That is why it is essential to work with an experienced Boca Raton wrongful death attorney who is current on the law in your area. Contact Leifer & Ramirez today to schedule a free consultation with a member of our team.

By Leifer & Ramirez | Posted on June 2, 2022
« Do You Have To Exhaust The Negligent Driver’s Insurance Before Filing An Uninsured Motorist Claim?
How A Wrongful Death Lawsuit Can Seek Justice When Criminal Prosecution Is No Longer An Option »