Do You Have To Exhaust The Negligent Driver’s Insurance Before Filing An Uninsured Motorist Claim? 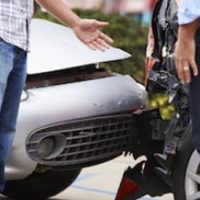 Many Florida auto insurance police contain uninsured motorist (UM) coverage. As the name suggests, this provides coverage to you in the event you are injured by another driver who lacks auto insurance to compensate you for your injuries. But “uninsured” in the context of UM coverage does not necessarily mean the negligent party has no insurance. Rather, Florida law defines the term to include insured motor vehicles where the insurer “has provided limits of bodily injury liability for its insured which are less than the total damages sustained” by the injured party.

In other words, if your losses from an accident add up to $200,000, and the negligent party is only insured for $100,000, you can file a claim under your own UM coverage for the difference.

Before you can claim any UM coverage, however, you must first exhaust the limits of any available coverage on the part of the responsible party. A recent decision from the Florida Third District Court of Appeal, White v. Ascendant Commercial Insurance, Inc., provides a case in point. The plaintiff in this case was injured in a car accident. At the time, he was riding in a vehicle that belonged to his employer. The accident was caused by the driver of a Miami-Dade County School Board bus.

The trial court agreed with the insurer and dismissed the plaintiff’s claim for UM benefits. On appeal, the plaintiff argued that the School Board should be considered a “self-insured” entity. As such, he was legally entitled to UM benefits.

A party is “self-insured” when they set aside funds to pay any potential accident claims as opposed to purchasing an insurance policy. The Third District said the School Board was clearly not self-insured. As noted above, it had a liability policy with a per-occurrence limit of $200,000 in coverage. Even if the School Board retained “a portion of the overall risk, this self-retention limit does not constitute self-insurance,” the appeals court observed. More to the point, the Third District said the trial judge was correct in holding that since the plaintiff settled for less than the School Board’s $200,000 limit, he was not legally entitled to seek any UM coverage.

Even in cases where legal liability for an accident is not in question, dealing with insurance companies can still present a whole host of problems for an accident victim seeking compensation. That is why it is always a good idea to work with an experienced Boca Raton car accident lawyer who can guide you through the process. Contact Leifer & Ramirez today to schedule a free consultation with a member of our team.

By Leifer & Ramirez | Posted on May 31, 2022
« How Your Own Insurance Company May Try To Avoid Paying Your Accident Claim
Can You Seek Damages In A Wrongful Death Lawsuit If You Married Your Late Spouse After Their Injury Occurred? »