Can I Bring A Wrongful Death Lawsuit Even If I’m Not The Executor Of The Victim’s Estate? 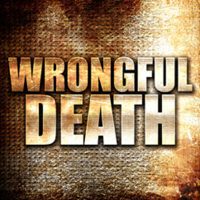 In terms of personal injury law, a “wrongful death” is one caused by the negligent or reckless act of another. Florida law recognizes a special cause of action for wrongful death. Specifically, the personal representative appointed to oversee the victim’s estate is entitled to bring a wrongful death lawsuit against any responsible parties. If the lawsuit succeeds, any damages awarded are then received by the personal representative for the benefit of the estate and/or the victim’s survivors.

It is important to understand that only a duly appointed personal representative may file a wrongful death lawsuit under Florida law. Other family members or heirs lack the legal standing to pursue such a claim. Even a family member who may be entitled to share in the proceeds of such a lawsuit does not have standing to sue.

A recent decision from the U.S. 11th Circuit Court of Appeals, Moss v. Leesburg Regional Medical Center, provides a useful illustration of what we are talking about. In this case, the plaintiff is the son of a woman who dies while incarcerated in a federal prison. The plaintiff, who is himself incarcerated in a Florida state prison, filed a wrongful death lawsuit against the federal Bureau of Prisons, the medical facility that treated his mother, and various individuals. Essentially, the plaintiff’s lawsuit alleged that his mother died as a result of medical malpractice and other torts committed by the various defendants.

Wrongful death claims against an agency of the federal government–in this case, the Bureau of Prisons–are governed by the Federal Tort Claims Act (FTCA). The FTCA itself says nothing about who has standing to bring a wrongful death claim. This means that federal courts must apply the “law of the pertinent state” to fill in the gap, which in this case was Florida.

The 11th Circuit’s ruling did not address the actual merits of the wrongful death case. To the contrary, the lawsuit failed to survive a motion to dismiss because the son simply lacked the legal standing to bring the case. The son also represented himself without the assistance of a qualified attorney.

These are all easily avoided mistakes. If you have recently lost a loved one due to another party’s negligent acts, your first step should be to contact an experienced Boynton Beach wrongful death attorney who can advise you on the proper steps to follow before heading to the courthouse. Contact Leifer & Ramirez today to schedule a free consultation with a member of our team.

By Leifer & Ramirez | Posted on December 13, 2021
« Can Nonbinding Arbitration Resolve My Personal Injury Case Quicker?
Can An Insurer Deny My PIP Benefits Based On An Omission In My Insurance Application? »