Can An Insurer Deny My PIP Benefits Based On An Omission In My Insurance Application? 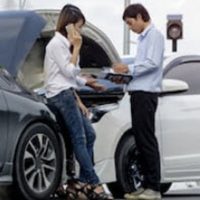 Every driver needs to have auto insurance. This is especially important in Florida because of the state’s “no-fault” insurance rules. When you are injured in an accident, you are required to first look to your own policy for coverage through Personal Injury Protection (PIP) benefits.

But just because you pay your insurance premiums on time each month, do not assume that your insurer will be eager to actually provide coverage in the event of an accident. To the contrary, insurance companies are quite adept at finding and exploiting legal loopholes that enable them to get out of paying benefits. This means you might be left with little or no coverage at all unless you are prepared to fight in court.

A recent decision from the Florida Third District Court of Appeals, Imperial Fire & Casualty Insurance Company v. Acosta, provides a cautionary tale. The defendant in this case was injured while riding in a car that he owned. Another member of the defendant’s household was actually driving the car at the time. The driver, the defendant, and one other man all sustained injuries in the accident.

The insurer then went a step further and filed a lawsuit in Florida circuit court, asking for a declaratory judgment “ratifying” its decision to cancel the policy. The defendant and the driver then filed their own lawsuit demanding payment of PIP benefits. The circuit court then dismissed the declaratory judgment lawsuit, agreeing with the defendant that any issues regarding coverage could be resolved in the other lawsuit.

But on appeal, the Third District disagreed. It reversed the trial court and held that the insurance company had pleaded a viable claim under the laws governing declaratory judgments. The circuit court therefore erred in dismissing the insurance company’s complaint. That said, the Third District suggested the two lawsuits could still be consolidated and disposed of in a single proceeding.

It is important to note the Third District took no position on the merits of the insurance company’s arguments. This case nevertheless illustrates the lengths an insurer can go to in trying to void a policy when faced with paying out benefits arising from an accident. That is why if you are the insured party–or another accident victim who may be entitled to PIP benefits from a policy–you need to work with an experienced Delray Beach car accident lawyer who will fight for your rights. Contact Leifer & Ramirez today to schedule a free consultation with a member of our personal injury team.

By Leifer & Ramirez | Posted on December 15, 2021
« Can I Bring A Wrongful Death Lawsuit Even If I’m Not The Executor Of The Victim’s Estate?
Proving Economic And Punitive Damages In A Florida Personal Injury Case »