What Is The “Dangerous Instrumentality” Rule For Florida Car Accidents? 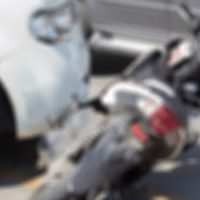 If you are injured in a car accident caused by another driver’s negligence, there may be more than one person legally liable for your injuries. Certainly the negligent driver is liable. But if they were driving someone else’s vehicle with the owner’s permission, then the owner may also be on the hook for your damages.

In Florida, this is known as the “dangerous instrumentality” rule. Essentially, the law imposes strict liability on the owner of a motor vehicle when they “entrust” that vehicle to an individual whose negligent operation subsequently injures another person.

Potential Buyer of Car Not Liable for Collision with Motorcyclist

Determining the owner of a vehicle is often not that complicated. But there are always exceptions. Take this recent decision from the Florida Second District Court of Appeals, Rondell v. Romano. The plaintiff in this case was riding his motorcycle. A Honda Accord collided with the plaintiff’s motorcycle, severely injuring his right foot. At the time, the Accord was driven by the son of the owner listed on the vehicle’s title.

Before the accident, however, the owner and his son were in the process of selling the Accord to a third person, who is the defendant in this case. The defendant planned to purchase the Accord for his daughter. In anticipation of completing the sale, the defendant procured and paid for auto insurance. But the sale never went through.

Nevertheless, when the plaintiff subsequently filed a personal injury lawsuit arising from his accident, he named both the owner listed on the title and the would-be purchaser as defendants. The defendant argued that since he never actually owned the Accord, he could not be held vicariously liable under the dangerous instrumentality rule. The plaintiff argued that the fact the defendant obtained insurance on the Accord prior to the accident established his “beneficial ownership” over the vehicle. The trial judge disagreed and granted the defendant’s motion to dismiss him from the lawsuit.

The First District agreed with the trial court’s ruling. It explained that the dangerous instrumentality rule defined an “owner” as someone who possessed “an identifiable property interest in the subject vehicle.” This obviously includes the owner listed on the vehicle’s title. But in limited cases it can also extend to a “beneficial owner” who “holds title under a conditional sales agreement or has sold the vehicle and transferred possession.”

Here, neither of these conditions applied. The facts only showed there was a “possible sale” of the Accord to the defendant prior to the accident. The defendant never “possessed the ability to exercise control of the vehicle.” Furthermore, even if there was beneficial ownership, the defendant would only be responsible for the plaintiff’s accident if the owner listed on the vehicle’s title denied vicarious liability, which he did not.

Motorcyclists are usually at an extreme disadvantage when they collide with a car or truck. The cyclist often sustains serious, long-term injuries. So when an accident is the result of a motorist’s negligence it is important to take legal action. If you need advice or representation from a qualified Boca Raton motorcycle accident lawyer, contact the Leifer Law Firm today to schedule a consultation.