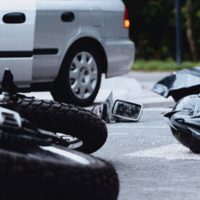 Motorcycles can be fun to ride but they come with a lot of dangers. These small vehicles can go very fast and they can be hard to control. Young, inexperienced riders especially face a high risk of serious crashes.

Sadly, a teen was recently killed in a motorcycle crash. The fatal accident occurred on the afternoon of September 6 in Pompano Beach.

A motorcyclist, a 19-year-old from Boca Raton, was riding a Kawasaki EX300-B south on North Powerline Road, near Northwest 21st Street. At the same time, a Ford Transit van was traveling toward the same area but coming from the opposite direction.

The bus driver made a left turn onto Northwest 21st Street. As the bus was turning, the Kawasaki slammed into the passenger side of the bus. The bus stopped, while the teen was ejected from the motorcycle. He died at the accident scene.

Pompano Beach Fire Rescue responded to the crash site. The bus driver was not injured. She was driving a Broward County TOPS Paratransit bus and was a contract employee for the Broward County Transportation Department. There were no passengers on the bus at the time.

An investigation has determined that the motorcycle rider’s speed may have contributed to the crash.

Left Turns in Front of Motorcycles

Motorcyclists face a high risk of getting into an accident when a vehicle is making a left turn in front of them. In fact, it is the number one factor in motorcycle accidents and fatalities. Take into consideration the fact that 53% of crossing-path crashes involve left turns. Conversely, only 6% involve right turns — almost nine times as many crashes! That’s because drivers who are turning right do not have to cross the path of oncoming traffic. During a left turn, however, motorcycle drivers have to be wary of traffic in all directions.

Motorists may claim that they didn’t see the motorcycle and this is likely the honest truth. This is due to depth perception. Motorists often don’t see motorcycles in the same way they see cars and trucks. That’s because motorcycles are much smaller and not as common.  Motorcycles tend to blend into their surroundings, making it hard to judge their speed.

Speaking of speed, going too fast in these situations can be deadly. When approaching intersections, motorcycles should always slow down and drive defensively. Trying to speed through an intersection when other vehicles are present is a recipe for disaster.

Motorcycles can be dangerous vehicles, especially when the rider is inexperienced. Teens are not typically highly skilled motorcycle riders and they tend to suffer serious injuries and death from crashes.

Motorcycle accidents can lead to serious damages. Seek legal help from a Boca Raton motorcycle accident lawyer from Leifer & Ramirez. We understand the types of injuries that can happen and will work hard on your behalf. To schedule a consultation, call our office at 561-660-9421 or fill out the online form.

By Leifer & Ramirez | Posted on December 14, 2022
« What To Know About Solo-Vehicle Crashes
Slips And Falls In Restaurants »