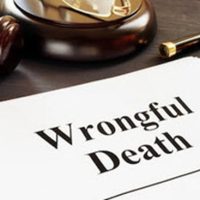 All drivers have a responsibility to operate their vehicles in a reasonably safe manner. This includes police officers and others who operate vehicles as part of their public safety duties. Indeed, one cannot protect public safety while simultaneously putting the lives of people in danger via reckless and unsafe driving.

Officer Drove Off Road, Ran Over Pedestrian Who Was Not Suspected of Any Crime

Recently, the Florida Highway Patrol (FHP) settled a wrongful death case arising from one of their officer’s wanton disregard for these obligations. This terrible story began in 2017. A 22-year-old woman, Amy Kuehn, had recently moved from Texas to DeLand, Florida. Kuehn had been staying with her father while looking for her own place.

Kuehn and her father were riding in his Mustang convertible. The father was driving. Two FHP troopers on patrol clocked the father driving at 71 miles per hour, well above the posted speed limit of 45 miles per hour. The troopers decided to pull over the car.

What should been have a routine traffic stop and speeding ticket quickly turned deadly, however. Kuehn, who reportedly suffered from mental disabilities including paranoia, jumped out of the car when she saw the flashing emergency lights on the FHP vehicle. One of the officers decided to pursue Kuehn, even though she was a passenger in the car and had committed no crime. The pursuing officer ended up driving more than 150 feet off the road and running Kuehn over with his car. Kuehn died as a result of her injuries.

Kuehn’s family subsequently sued the FHP and the officers involved in Kuehn’s death. Last July, a federal judge declined to dismiss the case against the officer who actually ran Kuehn over and killed her. The officer had claimed “qualified immunity,” a judicial rule that protects officers from personal liability when they violate someone’s civil rights. In this case, the judge said qualified immunity did not apply because it was well established that an officer could not use “deadly force to seize an unarmed suspected felon fleeing on foot.” And in this case, Kuehn was not even suspected of committing a crime–she was merely a pedestrian.

Ultimately, the FHP agreed to pay Kuehn’s family $500,000 to settle the wrongful death claim. Although the settlement did not constitute an outright admission of wrongdoing, the FHP did agree to change its internal policies regarding the pursuit of suspects fleeing on foot. And at the demand of Kuehn’s family, her name will now be used as part of the agency’s training of officers in teaching the new policy, according to a report in the Daytona Beach News-Journal.

Even when a fatal accident is caused by a government official, the family still has the right to seek justice. If you have lost a child or loved one due to the negligence of another person, it is important to speak with a qualified Boca Raton wrongful death lawyer to learn more about your options. Contact Leifer & Ramirez today to schedule a free consultation with a member of our personal injury team.

By Leifer & Ramirez | Posted on April 13, 2022
« Tesla Sued Over Suspension Defect Tied To The Deaths Of 2 People In Florida Crash
What Is The “Dangerous Instrumentality” Rule For Florida Car Accidents? »