What Is A “Himalaya” Clause And How Could It Affect My Personal Injury Lawsuit? 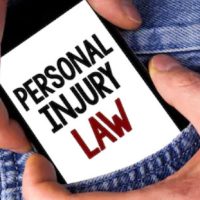 There are many situations where you are presented with a “terms and conditions” document that purports to create a legally binding contract between you and a service provider. For example, if you have ever booked a cruise out of Florida, your ticket (or its related paperwork) will contain a substantial amount of legal text. This text contains what is effectively a binding contract between you and the cruise operator. In some cases, this language can even affect your legal rights with respect to third parties.

A recent decision from the Florida Fourth District Court of Appeal, AquaChile, Inc. v. Williams, illustrates the uses–and limits–of this type of legal language. The plaintiff in this case booked passage on a cruise ship. The cruise operator provided a “guest ticket booklet” prior to the cruise. This booklet contained the legal terms and conditions for the cruise itself. As relevant here, there was language stating that in the event the plaintiff decided to sue the cruise operator for any reason, the lawsuit must be heard in Miami-Dade County. This is what is known as a forum selection clause.

There was also another provision commonly referred to in the legal profession as a Himalaya clause. This clause stated that the forum selection clause would also apply to any claims the plaintiff might bring against “parties other than the carrier.” (The term Himalaya clause comes from a 1950s English court case involving a steamship by that same name.)

The plaintiff went on her cruise. She then became seriously ill after eating some fish in one of the cruise ship’s restaurants. The plaintiff subsequently sued the company that sold the fish to the cruise operator, alleging negligence and other violations of Florida law. The plaintiff filed her lawsuit in Broward County.

This prompted the defendant–which, to be clear, was the fish supplier and not the cruise operator–to file a motion seeking to enforce the forum selection clause by moving the case to Miami-Dade County. The trial court held the Himalaya clause did not apply here, because the “indirect” relationship between the fish supplier and the cruise operator was not covered by the terms of the plaintiff’s contract. On appeal, the Fourth District agreed.

As the appellate court explained, the supplier did not sell the allegedly bad fish directly to the cruise operator directly–the product passed through at least one other intermediary. And while a Himalaya clause does not apply only to “direct suppliers,” the Court here said the language “cannot be reasonably read to extend protection to an indefinite chain of indirect suppliers.” More to the point, the Himalaya clause was designed to protect third parties engaged in “maritime activity” on behalf of the cruise operator. While the serving of fish “might be considered maritime activity,” the raising and selling of the fish was not.

Many people do not bother to “read the fine print” of legal agreements. This can lead to issues later on if there is litigation. An experienced Boca Raton defective products lawyer can advise you of your rights and responsibilities under a contract, and if necessary help you in challenging any questionable provisions. Contact Leifer & Ramirez today to schedule a free consultation.

By Leifer & Ramirez | Posted on January 26, 2022
« “Who Knew What When?” Is Often The Key Question In Slip-And-Fall Lawsuit
What Do You Do When Your Insurance Company Claims You Do Not Have Coverage? »