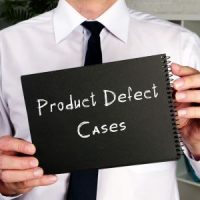 Any defective consumer product carries the risk of seriously injuring–or even killing–an innocent consumer. Unfortunately, when that product is an automobile, those risks expand significantly. A defect in the design or manufacture of a car may kill not only that vehicle’s occupants but also other bystanders as well.

A recently filed Florida personal injury lawsuit highlights the dangers posed by even modern cars that promote their advanced technology as a feature. Perhaps not surprisingly, the defendant in this case is Tesla, the well-known electric vehicle manufacturer that has recently been forced to issue multiple recalls related to its products.

This particular lawsuit, Garcia v. Tesla Florida, Inc., arose from a September 2021 accident in Miami-Dade County. One of the victims in this case was driving a 2021 Tesla Model 3. The other victim was riding in the Tesla as a front-seat passenger. According to the lawsuit, as the driver crossed an intersection, the Model 3’s suspension failed, causing the bottom of the car to hit the road. This in turn caused the Tesla’s lithium iron phosphate battery to ignite. The Tesla then “veered off road onto the median, collided with trees, and burst into flames.” The driver and passenger subsequently burned to death.

As noted in a Reuters report on the lawsuit, last October Tesla recalled approximately 3,000 vehicles, including several Model 3 cars produced between 2019 and 2021, due to a known “suspension issue.”

The lawsuit, filed by the victims’ estates, alleges that Tesla’s negligence in designing and manufacturing the Model caused the victims’ deaths. The lawsuit also names an individual Tesla service manager as a co-defendant. According to the complaint, the driver brought his Tesla to the service manager just four days before the fatal accident. The driver specifically complained about problems with his Model 3’s “controllability/steering, suspension, battery and electronic systems, and an ability to open the doors.” The lawsuit alleges the service manager failed to properly supervise his employees and inspect the Model 3 before returning it to the driver and representing it was in a safe condition.

The lawsuit seeks damages against both Tesla and the service manager. The actual amount of said damages would need to be determined at a jury trial. And it is important to emphasize that at this stage, the lawsuit is merely a statement of allegations against the defendants. This case has yet to be tried in court.

Defective product cases are often among the most complicated of personal injury and wrongful death claims. One reason for this is that there are often multiple parties who may be held legally responsible for the product, including the manufacturer, the retailer, and even a third-party designer. That is why if you, or someone in your family, has been seriously injured in this type of accident it is important to work with an experienced Boca Raton defective products lawyer. Contact Leifer & Ramirez today to schedule a free consultation with our personal injury team.

By Leifer & Ramirez | Posted on April 12, 2022
« How Is A Wrongful Death Lawsuit Different From A Personal Injury Claim?
Florida Highway Patrol Reaches $500,000 Settlement With Family Of Woman Killed By Police Officer »