The Risks of the Roundup Herbicide 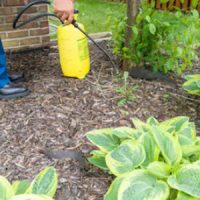 In addition to the beautiful weather and beaches present in much of the state, Florida also offers an ideal location for growing certain crops. In fact, Florida is one of the leading agricultural states for certain food sources – such as sugarcane, oranges and grapefruit – that don’t thrive in much of the other continental United States. But unfortunately, there is a downside to this strong agricultural culture in lieu of the recent attention spotlighting the potential effects of harmful exposure to weed killers such as Roundup and its active ingredient, glyphosate. Despite its popularity, the weedkiller has been called into question as a possible health hazard within the past several years.

According to the U.S. Food and Drug Administration (FDA), the active ingredient in Roundup is a widely used herbicide that can kill certain weeds and grasses. Glyphosate works by blocking an enzyme essential for plant growth. It has been commonly used by both consumers and on a commercial basis for years.

What Are the Risks?

Monsanto, the company that manufactures Roundup, is now faced with several thousand lawsuits primarily centered around cancers like non-Hodgkin lymphoma and leukemia. In some cases, the plaintiffs in these lawsuits have already successfully proven that the corporation is liable. And while lawsuits are more recent in the Sunshine State, the city of Key West recently banned the weed-killer on city-owned property after a California jury ordered Monsanto to pay $2 billion to a couple claiming it caused cancer. In addition to numerous American cities, more than 15 countries around the world have completely or partially banned the use of glyphosate.

Who is Most at Risk?

Because the individuals most at risk for developing serious injuries like cancer are those who are regularly exposed to the herbicide in the workplace, people who spend significant amounts of time outdoors while working are most at risk. In addition to farmers and agricultural workers, others who face an increased risk of having been repeatedly exposed over a lengthy period include:

While understanding who is most at risk is important, it is equally important to understand that those those facing an increased risk are not the only ones who should be concerned about the potential consequences. All Florida residents are potentially at risk. The FDA also asserted that certain trace amounts of pesticides, or pesticide chemical residues, may remain in or on some crops after they’re harvested. As crops that have been sprayed then enter our food supply and are consumed, it is clear that the risk is widespread.

What Can Be Recovered in a Roundup Lawsuit?

In this kind of situation, it is in your best interest to consult with a qualified lawyer as early as possible as your time to file this type of case may be limited by state law covering product liability lawsuits. If you or a loved one used Roundup or glyphosate and have later been diagnosed with non-Hodgkin lymphoma or another form of cancer, we may be able to help. As the experienced South Florida defective product attorneys of Leifer Law Firm, we can examine the unique circumstances of your claim and advise you on how to proceed. We can help you seek any damages that you may be due and fight for you while you focus on fighting for your health. Reach out today to begin with a free initial consultation.