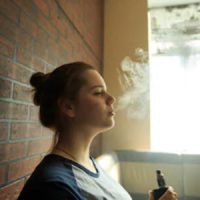 Over the last few years, vaping, or e-cigarette use, has increased dramatically across the country and here in the State of Florida. However, vaping, particularly among teens, is a rapidly growing concern. Between 2011 and 2015, vaping reportedly increased by 900 percent among American high schoolers. And in 2018, one in four Florida high school students reported current e-cigarette use – an astounding 58 percent increase compared to the prior year. In particular, e-cigarette market leader JUUL is a widely popular vape brand that authorities credit for establishing the teen vaping phenomenon. But unfortunately, what began as a trend has become a public health threat that has turned out to be anything but safe.

JUUL is an e-cigarette is a vaping product designed to mimic the experience of a cigarette smoking. Many view these devices as a safer alternative to traditional smoking methods. Unfortunately, this is not the reality and many lawsuits have already been filed against JUUL by people who were injured while doing something they believed was safe.

E-cigarettes have previously been associated with a lung disease as well as leading to seizures or convulsions because of high concentrations of nicotine in e-liquid cartridges that can cause nicotine toxicity. These devices have also been known to contain a manufacturing defect that causes the battery inside the device to overheat and result in explosions. Now, JUUL users are facing yet another danger.

In late September 2019, a top U.S. health official from the Centers for Disease Control and Prevention told lawmakers that JUUL uses salts in its vaping devices that she said could be particularly dangerous for teenagers. JUUL executives have said that its nicotine salt gives users an experience similar to conventional cigarettes, which the company says helps smokers quit. In contrast, the CDC has asserted that the negative effects of nicotine salts on the developing brain in young people can include the potential for difficulty with memory, learning and attention, as well as the fact that nicotine addiction can also prime the body to become addicted to other substance.

Earlier that same month, the U.S. Food and Drug Administration issued a warning letter to JUUL Labs Inc. for marketing unauthorized modified risk tobacco products by engaging in labeling, advertising, and/or other activities directed to consumers, including a presentation given to youth at a school. Statements made in this presentation were very questionable – the students were reportedly told that JUUL was “totally safe” and that the product “was much safer than cigarettes”.

Turn to Us For Help.

If you or a loved has suffered health problems from using a JUUL vape pen, you may have options for a legal remedy. Unfortunately, there are a number of ways in which you can become injured while vaping, some of which are still relatively unknown and are only beginning to become clear. Because this is a novel and complex area of law, you need the help of an experienced legal team that can help you go up against a large company. As the South Florida defective product lawyers of Leifer Law Firm, we have over 25 years of combined experience for the rights of Florida injury victims, including complicated claims in challenging circumstances. We offer the help you need to help you obtain the compensation you deserve. You are under no obligation after your initial consultation, so you should reach out today for a free case review.