The Dangers of Speeding 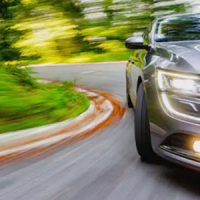 The South Florida Sun Sentinel recently published an article about a driver who is facing criminal charges after a high-speed collision that killed two people. The 20-year-old driver, an Oakland Park resident, was reportedly going at a speed of least 105 mph on a 45 mph street before he struck another car in the deadly collision that took the lives of two people in Fort Lauderdale. Skid marks showed the then-18-year-old driver hit the brakes before the BMW he was driving struck the passenger side of the Toyota the victims were in at an estimated 89 mph killing. The Assistant State Attorney asserted in court that the driver had been given a speeding ticket for doing 87 mph in a 45 mph zone just two weeks before the collision, and he received an additional ticket for going 73 mph in a 45 mph zone afterward.

How Bad Can Speeding be?

We all know that we should abide by the posted speed limit and that it isn’t a good idea to drive faster than what is reasonably safe given traffic conditions. Many drivers choose to neglect these rules of the road and for one reason or another, travel over the speed limit at some point. However, this kind of reckless behavior isn’t just illegal under Florida law – it can also be incredibly dangerous. Unfortunately, statistics indicate that speeding is one of the top contributing factors of car accidents. According to the National Highway Traffic Safety Association, speeding has been a contributing factor in roughly a third of all auto accident deaths over the past twenty years.

Why Speeding is Dangerous

The faster a driver goes, the more that he or she can inadvertently put themselves and others on the road at risk. That is because the higher the speed that a driver travels at, the less time they have to react to any changing road conditions. Whether a car darts out or a pedestrian appears suddenly from outside your range of vision, being able to react appropriately and adjust your driving behavior requires time which is the primary thing that speeding takes away.

In addition, speeding not only causes accidents but can also make collisions far worse when they do occur. Collisions that occur at high speeds often result in worse injuries and property damage than if the exact same scenario occurred but at a lower speed.

We Believe in Slowing Down to Focus on Our Clients

The process of recovering from injuries you didn’t plan and couldn’t have expected often requires a substantial amount of time and money. This is one of the reasons why it is so critical to consult with a personal injury law firm about your options any time someone else is responsible for your injuries. As the  South Florida car accident attorneys at Leifer Law Firm, we have assisted many accident victims to the successful pursuit of their claims with our dependable and dedicated representation. We will do everything in our power to help you build a case and fight for your right to compensation. Contact us today for a free consultation and we will gladly discuss your case with you at your convenience.

By Leifer Law Firm | Posted on December 22, 2020
« How Single-Vehicle Rollover Accidents Happen
The Right Things to Know About Wrongful Death »