Is An Owner Liable For Negligence In The “Mode Of Operation” Of Its Business? 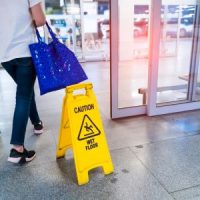 In 2010, the Florida legislature adopted a new statute regarding premises liability that omitted any specific mention of negligent mode of operation. This has led to some confusion among courts as to whether it is still a viable theory of negligence in slip-and-fall cases. Some judges have concluded that a plaintiff can no longer plead such a claim, while others still allow it.

A recent decision from a federal judge in Miami, Cantave v. Holiday CVS, LLC, helps to illustrate the ongoing debate. In this case, the plaintiff was shopping at CVS in Miami when she slipped and fell “on the lid of a plastic bin.” The plaintiff subsequently sued the store and an unidentified manager, seeking compensation for her injuries.

CVS moved to dismiss the case, arguing it was based on the theory of “negligent mode of operation,” which the defense maintained was no longer recognized under Florida law. The judge overseeing the case, however, denied the motion to dismiss and ordered CVS to file a formal answer to the plaintiff’s lawsuit.

The judge conceded that it was “unclear whether negligent mode of operation remains a viable theory of recovery in slip and fall cases involving transitory substances.” Federal courts that have applied Florida law have reached different conclusions on this issue, the judge noted. Nevertheless, at this preliminary stage of the litigation, the court held it did not need to resolve the question.

The judge explained that under the current Florida statute, the plaintiff clearly has the burden of proving the defendant’s “actual or constructive knowledge” of the dangerous condition. Here, the plaintiff’s allegations center on whether the CVS manager “knew or should have known” about the plastic lid that was left on the floor and caused the plaintiff’s fall. The plaintiff does need to show a negligent mode of operation to prove this–and in fact, the judge said there were “at least four other ways in which each Defendant was purportedly negligent.”

The law governing slip-and-fall accidents is often more complicated than you might think. And as the ongoing uncertainty surrounding negligent mode of operation claims illustrate, different judges can reach separate conclusions as to the current state of the law. That is why it is crucial to work with an experienced Boynton Beach slip-and-fall attorney if you have been injured in an accident. Contact Leifer & Ramirez today to schedule a free initial consultation with a member of our personal injury team.

By Leifer & Ramirez | Posted on October 8, 2021
« Is A Hotel Liable For Failing To Stop Sex Trafficking On Its Premises?
Is A Building Code Violation Proof Of A “Dangerous Condition”? »