Is A Delivery Service Responsible For The Death Of A Person Killed By One Of Its Drivers? 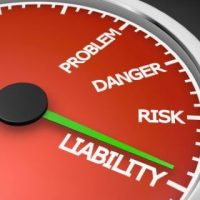 App-based delivery services have become a big business in Florida. Every day thousands of people request food deliveries via their smartphones from companies like Uber Eats and DoorDash. What customers may fail to appreciate, however, is that there is a driver on the other end of that order who may be distracted by their phone to the point where they end up causing a potentially fatal accident.

Can the companies that sponsor these driver-distracting apps be held legally responsible for the innocent people injured or killed in such accidents? A recent wrongful death lawsuit filed in Hillsborough County, Florida, is attempting to do just that. The case was filed by the mother of a 19-year-old college student who was killed while riding on the back of her brother’s motorcycle when it was struck by a driver working for Uber Eats.

According to the lawsuit, filed in Hillsborough County Circuit Court on October 29, 2021, the accident took place on March 7, 2021. As previously noted, the victim’s brother was driving his motorcycle with his sister riding seated behind him. Both siblings were wearing helmets at the time.

As the motorcycle proceeded eastbound on a Tampa street, another driver (one of the defendants in this case) was driving westbound on the same road. The co-defendant was carrying out an Uber Eats order at the time. Both vehicles approached the same intersection. The lawsuit alleges that instead of yielding, as required by traffic laws, the Uber Eats driver “negligently made a left-hand turn” and collided with the motorcycle. The victim was killed and the brother was seriously injured as a result of the impact.

The lawsuit seeks damages for the injuries to the brother and the wrongful death of his sister. In addition to the driver, the other co-defendants are Uber Technologies and its Florida-based subsidiary, Portier, LLC, which operate Uber Eats. The lawsuit alleges the Uber defendants are vicariously liable for the driver’s negligence as they were part of the same “joint venture,” i.e., providing a “food and beverage delivery service for hire.” The complaint alleges that the Uber defendants “exercised a vast degree of control” over the driver co-defendant in determining how she performed her duties. As such, the lawsuit maintains that all parties should be held jointly liable for the fatal motorcycle accident.

The lawsuit also presents a claim for “negligent hiring” against the Uber defendants, alleging that had the company performed a proper screening process for its delivery drivers, they would have discovered that the co-defendant driver was a “habitual traffic offender and an unsafe driver.”

No court judgment or damages award can ever bring back a loved one. But family members can still obtain a certain measure of closure by holding negligent parties legally responsible for a preventable death. So if you need legal advice or representation from an experienced Delray Beach motorcycle accident attorney, Contact Leifer & Ramirez today to schedule a free consultation.

By Leifer & Ramirez | Posted on February 7, 2022
« The Challenges Of Proving “Constructive Notice” In A Personal Injury Lawsuit
Florida Courts Remain Split On How To Bring Punitive Damages Claim »