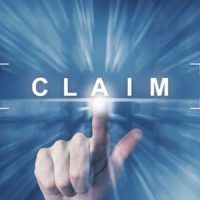 In a personal injury lawsuit, you have the right to seek both economic and non-economic damages to cover your personal losses arising from an accident. In some situations, you may also have the option of seeking punitive damages from a defendant. Punitive damages is meant to punish egregious wrongdoing–as opposed to mere negligence–and effectively “send a message” that certain conduct will not be tolerated by society.

Florida law states that no claim for punitive damages is allowed in a civil lawsuit “unless there is a reasonable showing by evidence in the record or proffered by the claimant which would provide a reasonable basis for recovery of such damages.” Florida’s appellate courts, however, disagree as to how this law should be applied. The disagreement centers on whether a trial judge must “make express or affirmative findings” before a plaintiff may proceed with a punitive damages claim.

Do Judges Need to Make an “Express or Affirmative” Finding?

A recent decision from the Florida Fifth District Court of Appeals, Kovacs v. Williams, helps to illustrate this disagreement. This case involves a car accident. Normally, a car accident would not justify a claim for punitive damages. But in this case, the plaintiff alleged the defendant was intoxicated at the time of the accident. Drunk driving is often cited as a valid reason to add a punitive damages claim to a personal injury lawsuit.

The trial judge granted the plaintiff’s motion to add the punitive damages claim without making any specific finding that he met the standard under Florida law to plead such a claim. The defendant appealed, arguing such findings were required. Indeed, the defense noted that the Fifth District, which heard this appeal, had previously held an “express or affirmative finding” was necessary under Florida’s punitive damages law.

The Fifth District agreed with the defense. It noted that the trial court was not required to “identify the theory of recovery” proposed by the plaintiff. Instead, the judge needed to “make an affirmative finding about the evidence presented.” That is, the judge must state on the record that the plaintiff has provided a “reasonable” basis for a jury to possibly award punitive damages.

Although the Fifth District’s interpretation of the law has also been adopted by the Second, Third, and Fourth Districts, the First District Court of Appeal has reached the opposite conclusion. In a 2020 decision, Watt v. Lo, the First District took the position that “nothing in the plain language” of the punitive damages law actually requires a trial court to make any express or affirmative findings. This conflicting interpretation will continue to divide the First District from its four sister courts unless and until the Florida Supreme Court agrees to hear and resolve the issue.

If you have been seriously injured in an auto accident, you may have many questions about your legal rights to seek compensation. A qualified Deerfield Beach car accident attorney can provide you with skilled advice and representation. Contact Leifer & Ramirez today to schedule a free consultation with a member of our personal injury team.

By Leifer & Ramirez | Posted on February 9, 2022
« Is A Delivery Service Responsible For The Death Of A Person Killed By One Of Its Drivers?
Florida Jury Orders Wal-Mart To Pay $2 Million In Slip-And-Fall Case »