How Punitive Damages Work In A Florida Personal Injury Lawsuit 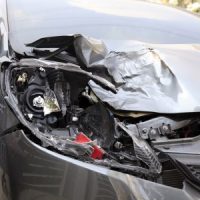 In most personal injury cases, the victim is limited to seeking compensatory damages. This refers to the victim’s losses directly arising from their accident, such as medical bills, lost income, and even intangible losses like pain and suffering. In some cases, however, a defendant’s conduct is so outrageous that the law also permits the defendant to ask a jury for an award of punitive damages.

Punitive damages, as the name suggests, are designed to punish rather than compensate. Punitive damages are typically allowed only when the plaintiff can prove “intentional misconduct” or “gross negligence” on the part of the defendant. In other words, simple negligence is not enough.

For example, if someone rear-ends you in an auto accident, that may be negligent, but it is not grossly negligent. However, if the driver was intoxicated at the time he caused the rear-end collision, then that could be proof of “gross negligence” justifying punitive damages.

Appeals Court: Evidence of Defendant’s Intoxication Should Not Have Been Introduced During First Phase of Personal Injury Trial

The Florida Supreme Court requires bifurcation–i.e., separate trials before the same jury–when both compensatory and punitive damages are requested by a plaintiff. This means the jury will first hear evidence related to the defendant’s negligence, compensatory damages, and liability for punitive damages. If there is such liability, then the trial proceeds to a second phase to decide the amount of any punitive damages.

The reason for bifurcation has to do primarily with mass tort litigation involving large companies. The state Supreme Court was concerned that if jurors learned about a defendant’s net worth during the liability phase of the trial, that might unfairly prejudice such defendants. Similarly, in more routine personal injury cases, bifurcation is supposed to keep potentially “inflammatory” evidence away from the jury when it is not necessary to decide liability.

A Florida appellate court decision from earlier this year, McKinney v. Graham, illustrates what we are talking about. This case involved a rear-end collision caused by a drunk driver. Before the trial, the defense conceded liability for the accident. The first phase of the trial was therefore limited to deciding the plaintiff’s compensatory damages. The defense moved to exclude any evidence of intoxication during the first phase, however, arguing it was not necessary to establish liability, which was conceded.

The judge decided such evidence was admissible during the first phase. The jury ultimately awarded the plaintiff approximately $2.6 million in compensatory damages following the first phase. During the second phase, it awarded an additional $15,000 in punitive damages.

The Florida Fifth District Court of Appeals ordered a new trial, however, finding that the judge should not have allowed the jury to hear about the defendant’s intoxication at all during the first phase of the trial. One judge wrote separately to note that this entire issue may be somewhat academic. After all, since both phases are tried by the same jury, it is likely that potential jurors will be questioned about their attitudes towards punitive damages and intoxication during jury selection. From such questions, the jury will “no doubt assume that the defendant driver” was drunk. The only true way to avoid contaminating the jury during the first phase would be to try each phase with separate juries. But that is not the current law in Florida.

If you are injured in an auto accident, it is important to speak with an experienced attorney who can review your case and advise you on the potential damages that may be available. To schedule a consultation with a Deerfield Beach car accident lawyer, contact the Leifer Law Firm today.

By Leifer Law Firm | Posted on September 29, 2021
« How A “Forum Selection Clause” Can Affect Your Personal Injury Lawsuit
Who Is Considered A “Business Establishment” In A Premises Liability Lawsuit? »